Submitter: I’ve been the director here at the public library for two years, and I finally made it to the 900s in my weeding project. There have been some real doozies in the collection, but last week I came across one that really takes the cake.

Wigwam and Warpath by Isabel Juergens is a 1936 book of “Minute Stories of the American Indian.” And it is wincingly racist in the way that only a well-intentioned book of Indian stories from 1936 can be. I am so embarrassed that it was still in our juvenile fiction collection! The section I’ve scanned on the “origin of the Indians” is particularly awesome.

Holly: These books belong in an archive, museum, or special collection somewhere…not a public library children’s collection. If you’re just starting a long-needed weeding project, my advice is to clear out the 390s and 970s first! You’ll make a big dent and save yourself from a potential PR nightmare (as well as sincerely hurting someone’s feelings!) if you clear out books like this first.  They’re usually so obvious that you won’t have to think too hard about keep-or-weed, too. 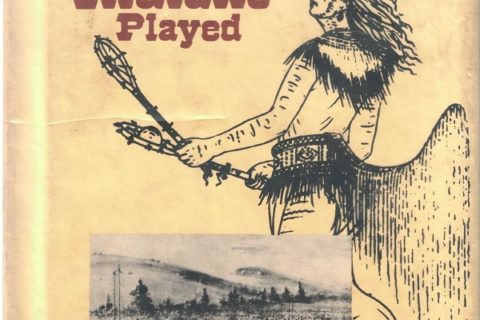 Previous Post
You may not need a psychiatrist, but you do need a librarian