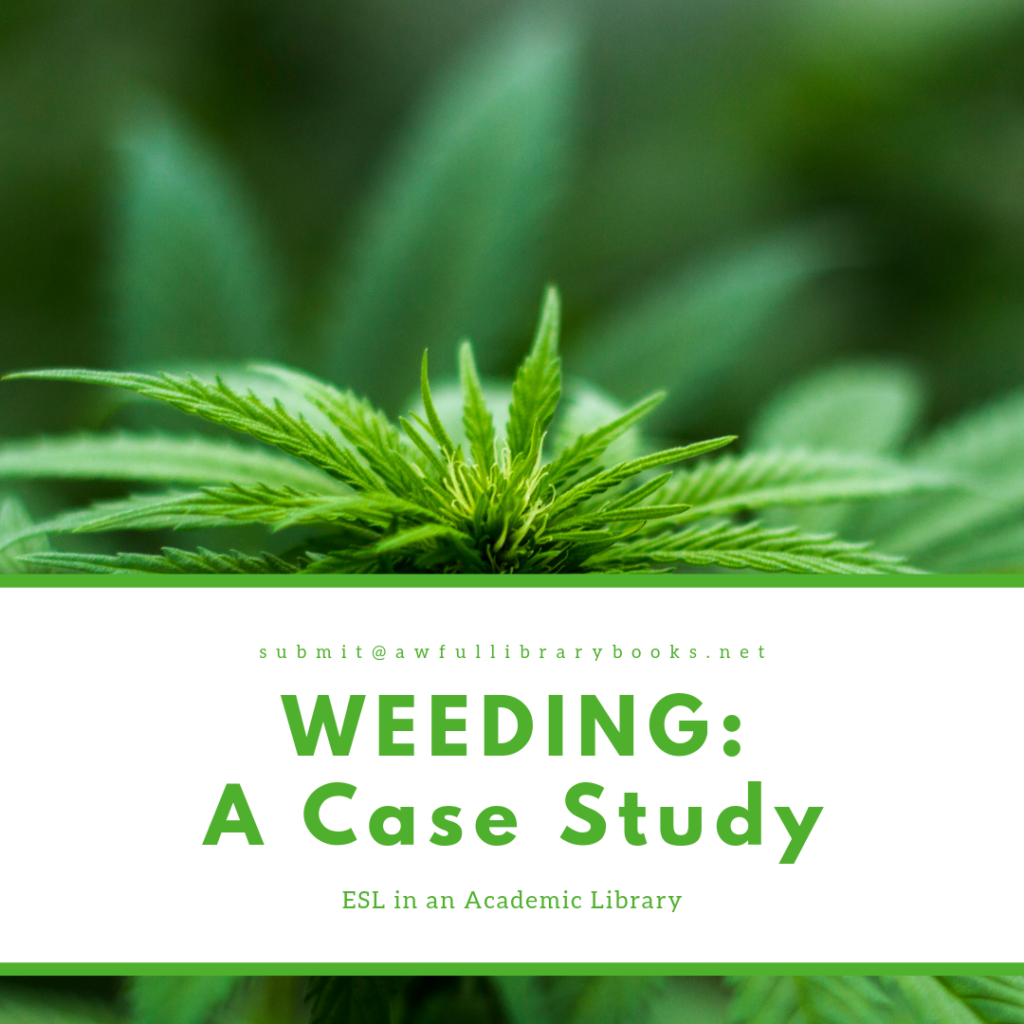 A reader reached out and asked if they could share an anecdote about an interaction with a faculty member over their weeding process. We thought that was a great idea, and we welcome other case studies as well. Do you have a weeding story to share? Submit a write up, with some images if you can, to submit@awfullibrarybooks.net

Here are some ideas:

Below is a description of our first case study submitter’s interaction. 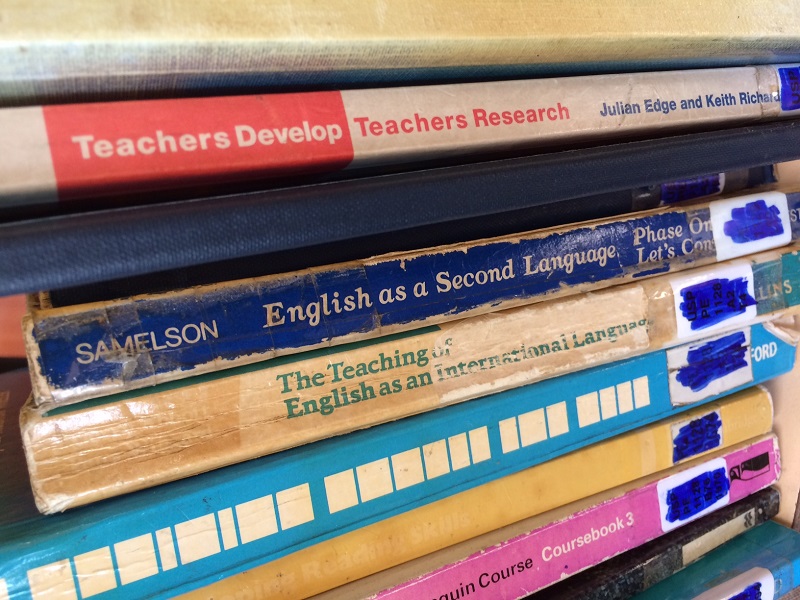 I’ve been doing extensive weeding of our collection, and recently pulled a number of titles related to the teaching of English as a second language. The collection hadn’t been weeded in a while – if ever – and was substantially outdated and unsightly. As a result, I wound up pulling several shelves worth of books.

When I mentioned this to one of the university’s professors, this person expressed an interest in acquiring the discards. The professor claimed an intention of doing a research project on the books that had been used in ESL instruction throughout the university’s history. Although I questioned the research value of the books, I nonetheless set aside what amounted to two large boxes of discards for the professor’s personal collection.

Yet, when I said that the two boxes of books were ready to be picked up, the professor no longer wanted them. It became apparent that this person simply disapproved of withdrawing these books from the collection, and believed that they might be of general research interest for some future faculty. This struck me more as a hoarding mentality, and, as you say in your tagline, “hoarding is not collection development.” Rather than hoard these books, I deposited them with our giveaways, where this professor or anybody else is free to take them to do as they wish.

I’ll admit that I found the professor’s objections a bit insulting – although I’ve just recently re-entered the library profession, I believe that I give careful consideration to each book before deciding to withdraw it. I do understand the professor to a point, and in an academic library anything could become fodder for a future research project. But when evaluating books for the general collection, I keep in mind this university’s particular strengths and mission. In this case, I work at a university in what might be called a “moderately developed nation,” whose interests are in understanding and cultivating regional identities and concerns.

Thus, while our library makes a point to collect as much as possible pertaining to the region, we devote less space to topics, such as the teaching of ESL, that are not research strengths or priorities. Of course, ESL teaching is important but our patrons are better served by having more contemporary works, which we purchased in addition to weeding older ones. We would not aim to collect everything ever written on the teaching of ESL, although some libraries might.

I don’t like conflicting with faculty, but the experience did force me to give extra consideration to the decisions I make in developing a collection. These books were not all necessarily “awful” in an obvious way, but they were withdrawn with a sound policy in mind. Not every library – even a university library – should aim to preserve every book ever written, even with the idea that it might one day prove useful. 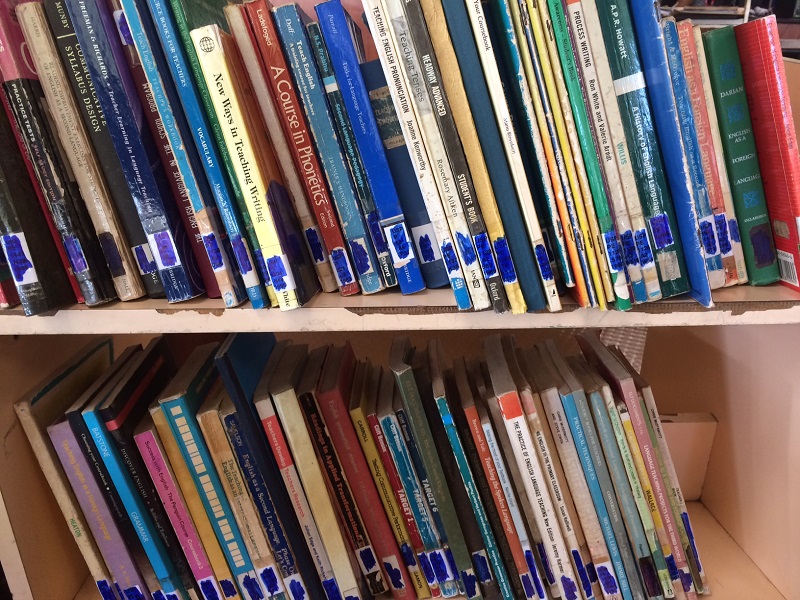 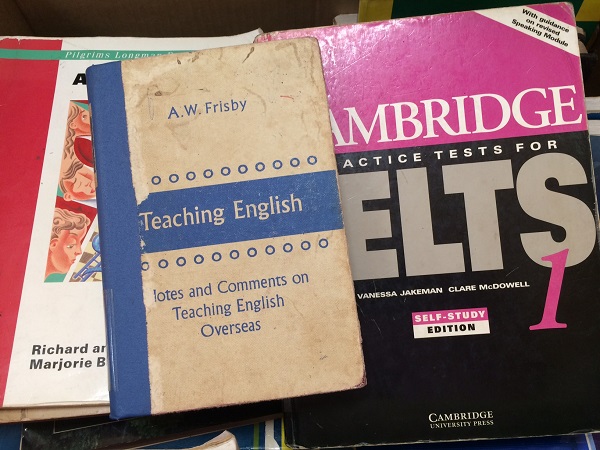 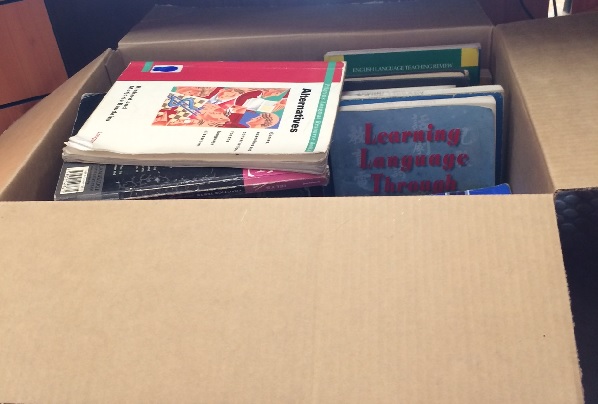 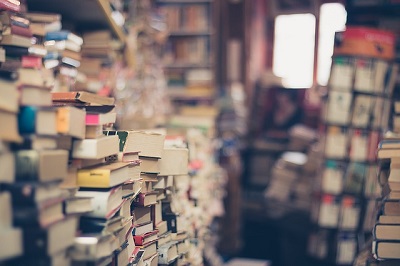 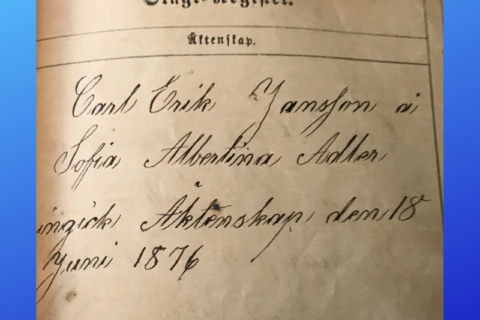 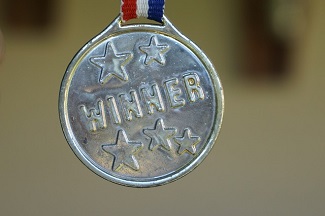 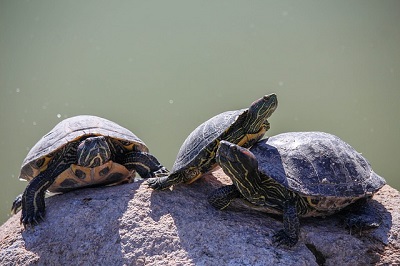