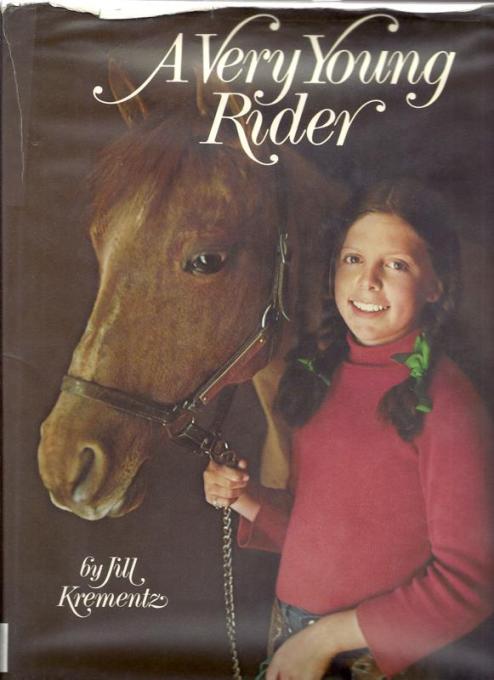 Submitter: While in the much-needed process of updating our sports non-fiction collection for kids, I was flipping through this book, since it seemed to be in fairly good physical condition. Our library acquired it in ’84. Though obviously dated, the photos and content didn’t seem too bad at all, and since we have a small collection and budget I was debating holding onto it for a smidgen longer until I found a good replacement. That is until I came across this excerpt (which we have also included for your enjoyment):

“I love cotton candy but it’s so fattening. When I get older like Debby, I’ll have to go on a diet. Debby’s always on a diet or else George gets after her. Once she went on a pure liquid diet and almost fainted in school. I have to watch my weight now a little bit. You don’t want to get too heavy for your pony. There’s nothing uglier than a fat rider on a horse.”

The book swiftly rode out the gate and leaped over the fence into discards. 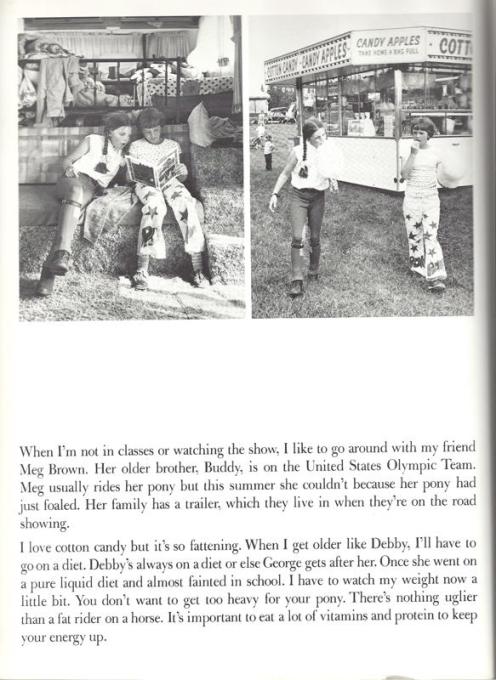