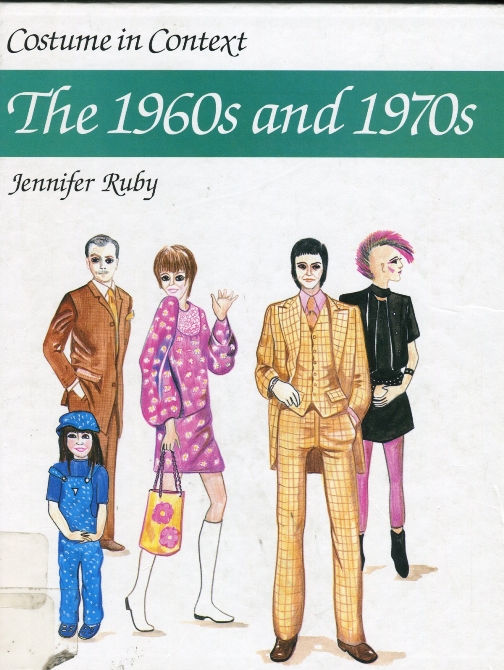 Submitter: This book was recently weeded from the adult non-fiction section of a public library. The inept drawings alone make it awful enough for inclusion (there isn’t a single photo), but the real hilarity is in the stories the author concocted around these fictional Londoners. Tim, for example, is feeling rather dejected as he shows us what the fashionable unemployed man was wearing circa 1975, while Nicola offers evidence that miniskirts in 1965 actually ended just above the knee. Her boyfriend, Robert, (whose hair is “quite long”) models the frills, florals, and bright, startling colors of the “peacock revolution” with his, um…plain white suit and plain white shirt. But his tie is patterned. That’s startling, right?

My favorite, though, has to be the nameless 1976 punk on p. 51. The author has lavished special care on this illustration, showing the same angry young tough (I think) in three different poses: waiting for a bus, thinking really hard, and pretending to milk a cow. Check his “outrageous” buttoned business shirt with the top button undone! The “menacing” cardigan tied around his waist! And the “threatening-looking form” of his hair, which is dyed a “weird” black and is approximately the exact shape of his head!

I’m strongly tempted to make copies of these and put them out as coloring pages.

Holly: Now that’s a great use for this book! 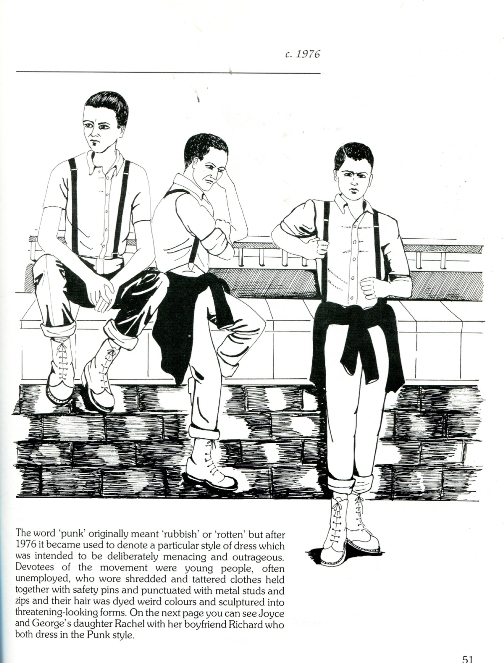 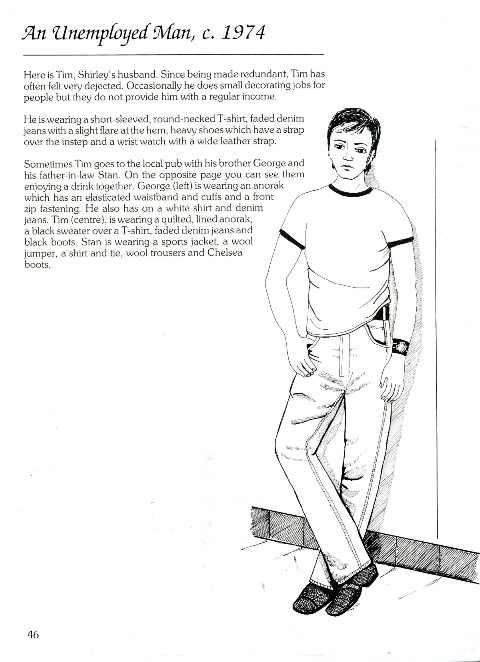 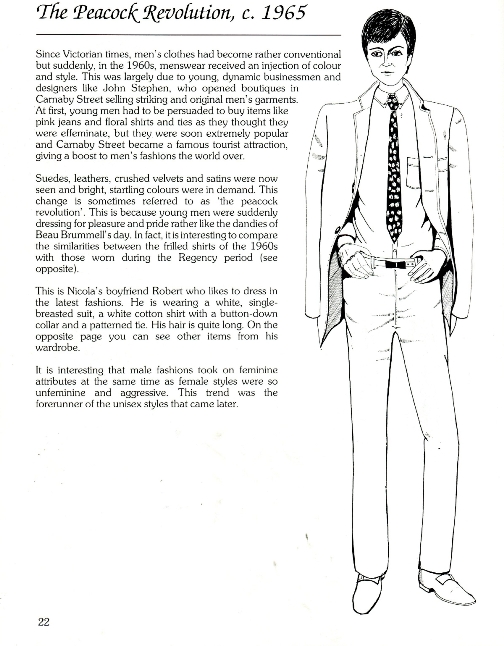 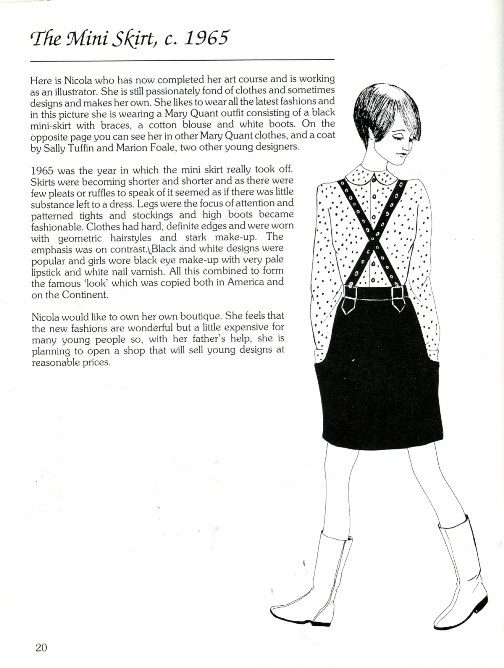 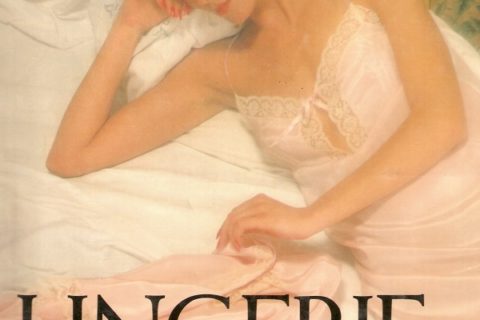 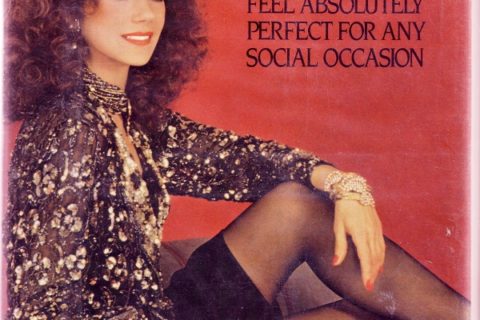 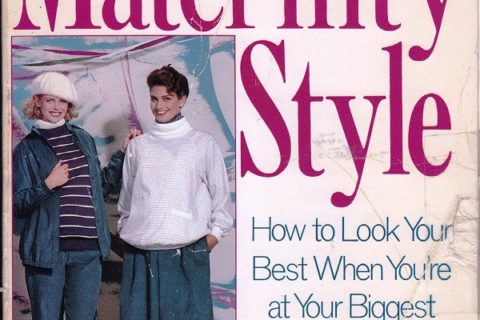 Previous Post
Photo Analysis: The Dark Side of Family Pictures