The Great Ancestor Hunt: The Fun of Finding Out Who You Are
Perl
1989

Submitter: Public middle school library in the USA. This one is just… so outdated. It’s not a subject any of my students have expressed interest in, but if they did I would not give them this book! It’s fairly general: write down what you already know, ask and interview older relatives. It takes a weird turn when it says almost all Americans are immigrants, and some might argue that “American Indians” are newcomers to the Americas via the land bridge a “mere” 15,000 years ago.  Writing the Census Bureau, and many other government bodies, is recommended, what with the Internet not being a thing yet. Also lacking is any mention of DNA testing for ancestry.  30 years old and it’s gone!

Holly: It’s definitely too old to be a useful how-to genealogy book. As submitter points out, the Internet is a thing now, for starters. It is a good idea to interview older relatives, but I agree that that’s pretty general, even for middle schoolers. Kids who may be inspired to try a new hobby, or who have a family tree project for school won’t get enough info here! 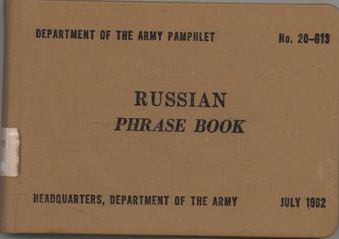