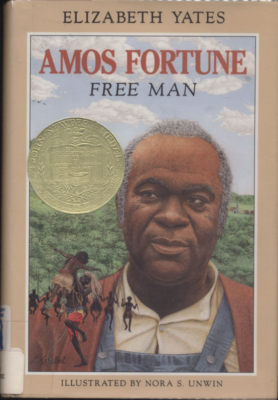 Submitter: Somehow this book from 1951 was still on the shelf, maybe because of that shiny Newbery sticker on the cover. Or maybe it just got overlooked. Either way, a story of a slave written in the 50s is likely going to be questionable today, and I would say this one is. Descriptions comparing Black characters to dogs and untamed animals are jarring. The idea that Africans needed to be civilized before they could handle freedom seems to be presented not as something that many people wrongly believed at the time but as actually being true. At one point it is spoken directly from the still-enslaved main character himself. With some guidance and discussion, this book could be instructive of assorted historical and current trends in racist thought and language, but the public library kids biography section isn’t the place for that.

Holly: No, it isn’t. Just because a book is an award winner does not mean it should be kept forever. Either put it in a special Newbery reference collection or weed it.

Mary: This was pretty much the only slavery discussion that was around when I was a child in the 1960s. I remember liking the story. However, it was written in the 1950s for a white audience and of course it sanitized the evil of slavery for said audience. Although Amos Fortune was based on a real person, it really is a biographical novel. I think this article can give people more to chew on if they are second guessing weeding a Newbery.

END_OF_DOCUMENT_TOKEN_TO_BE_REPLACED 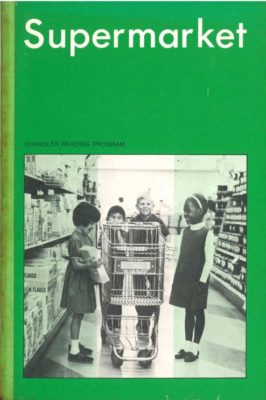 Submitter: While I give this cute book props for having a diverse cast of kids, the book is rather old, and the spine is gone. Time to find something new.

Holly: It’s definitely old! 19 cents a pound for whatever it is those kids are looking at (3rd picture below)? Are those coconuts??

END_OF_DOCUMENT_TOKEN_TO_BE_REPLACED 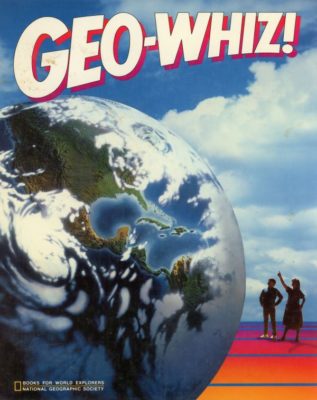 Another choice from my Swedish Death Cleaning Project.

I am assuming by the publication date this was a book given to one or both of my kids. Both of my kids were science nerds, so it does make sense that we might have something like this. We were library users so we really didn’t buy books for the kids that often.

Since my kids are now 28 and 30, I doubt they want to hang on to this. Frankly, we still have so much of their stuff, it will have to be a part 2 (of many parts) of my death cleaning project. Even though it is in good shape, I am going to give it the big heave ho. What I am NOT going to do is donate to my local public library.

END_OF_DOCUMENT_TOKEN_TO_BE_REPLACED 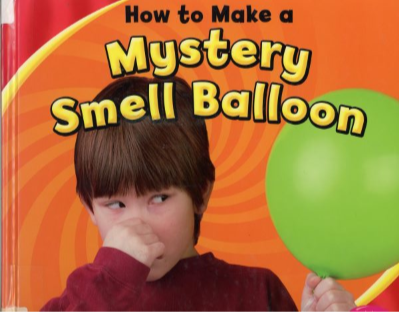 How To Make A Mystery Smell Balloon
Shores
2011

I came across this title while I was browsing the catalog. Since the title was weird, I had to see what this was all about. Smelly balloons, really? This is actually a science book and is quite fun. I can see why kids would really find this fun. (As a parent, maybe not so much.) When my kids were young, they would have been all over this book.  Maybe it wouldn’t be on their radar unless maybe they filed it under jokes/pranks.

As a youth librarian, I could even see this as a program. What could possibly go wrong?

END_OF_DOCUMENT_TOKEN_TO_BE_REPLACED

I have a feeling that if this came across my weeding list, I would probably have a minor freak out at how “new” it looks. Weeding books for some 20 odd years, I am constantly surprised by how quickly time goes and I am always saying “Didn’t I just buy that?”

END_OF_DOCUMENT_TOKEN_TO_BE_REPLACED 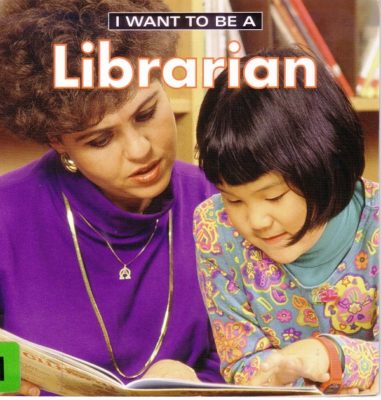 As we close up National Library Week for 2019, I thought I would revisit some of my youth and teen favorites that are all about the library life. I personally would snap up any of these books in a book

END_OF_DOCUMENT_TOKEN_TO_BE_REPLACED

Your Food and You Zim 1957 This is one of those science/health titles all about food. The illustrations are typical 1950s but just weird enough to have me looking twice. Check out the illustration of the woman with a goiter.

END_OF_DOCUMENT_TOKEN_TO_BE_REPLACED 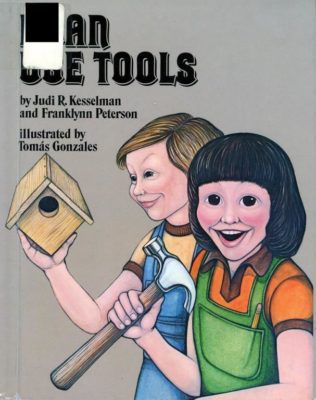 I Can Use Tools Kesselman and Peterson 1981 I am all about maker type materials and info for kids in the public library setting. This book is pretty basic and does outline the most common tools. Good idea. However, the