Taurus Four Vale 1970 I am always attracted to cover art and this one grabbed my attention right away. I am not sure, but this cover qualifies as weird enough. In this story, a sociologist is stranded on a planet

END_OF_DOCUMENT_TOKEN_TO_BE_REPLACED 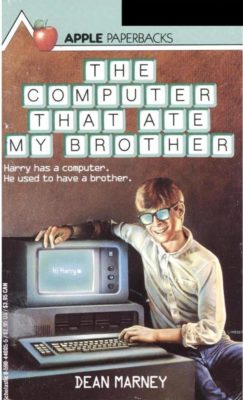 The Computer Ate My Brother Marney 1985 Direct from the 1980s, we have a rogue computer that evidently eats kids. Of course the computer has a few “issues” and can evidently read your mind. Harry, our protagonist, is irritated by

END_OF_DOCUMENT_TOKEN_TO_BE_REPLACED

The Unoriginal Sinner and the Ice-Cream God
Powers
1977

Submitter: This came to my attention because we inter-library loaned it to another library system…

Holly: Weird title, but this is the third book in a trilogy that includes The Last Catholic in America and Do Black Patent Leather Shoes Really Reflect Up? I’ve heard of both! It was re-released in 2006 in the Loyola Classics series. The reviews often refer to the main character as an “Irish Catholic Holden Caulfield.” So, I’m gonna go with old, but not necessarily awful. People on GoodReads seem to like it, with a 3.95 average rating. Fiction is a hard one sometimes. The cover looks dated and this copy looks worn on the edges, but if it circulates you’re probably fine keeping the whole trilogy. Here’s a great example of when it really isn’t clear if an item is old and weird or old, weird, and/or “classic.” If I hadn’t googled the title, I might be tempted to weed it at first glance too. My library does not own this trilogy, but there are 12 libraries in our state-wide ILL system who do. 7 of them are universities and 5 are public libraries.

END_OF_DOCUMENT_TOKEN_TO_BE_REPLACED 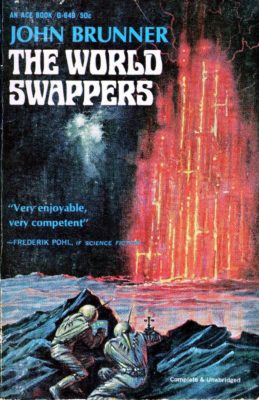 World Swappers Brunner 1959 Who wouldn’t want to pick up and read this book with Frederik Pohl’s lukewarm endorsement on the cover? I cracked up at the marketing genius who thought this kind of statement would make a great book

END_OF_DOCUMENT_TOKEN_TO_BE_REPLACED Hospital Across The Bridge Cooper 1982 We have a romance with a nurse trying to shape up a surgery department.  Rosemary, our featured nurse, is appalled at the lack of standards and procedures. The autoclave is broken and sterilization is