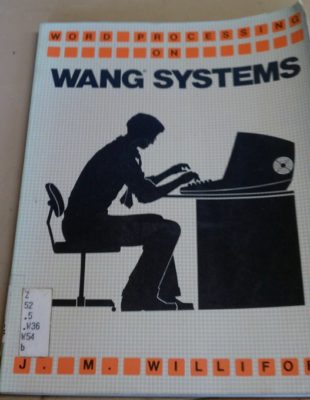 Submitter: Now stop laughing, Beavis. Wang Computers are a real thing and were moderately successful in the 1980s. However, the company no longer exists, and most offices probably retired their Wangs in the early 1990s. THREE copies of this book were on the shelf at my library in December 2012, hiding in the “Z” (library science) call number.

This is from an academic library outside of North America. Our university was established in 1968, and our current library building was built in the mid-1980’s. Because of the need to build our collection basically from scratch, no one thought much about weeding in the first few decades. During the holiday break, I’ve pulled not only this gem, but also books on dBase, AppleWriter, VisiCalc, Lotus 1-2-3, Quattro Pro, WordStar, and other defunct software that hasn’t been in use for over 15 years.

END_OF_DOCUMENT_TOKEN_TO_BE_REPLACED 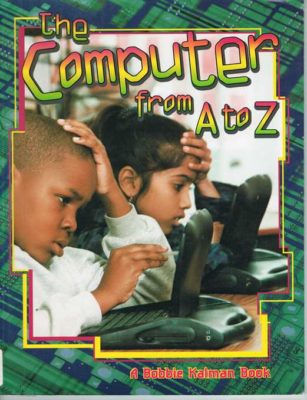 The Computer from A to Z Kalman 1999 Well, these kids sure look like they’re having a good time.  Computers must be GREAT!  Why on earth would you use this image for the cover of this book?  Let’s make computers

END_OF_DOCUMENT_TOKEN_TO_BE_REPLACED

Computer Programs for the Kitchen Dicker 1984 Technology is everywhere–even in the kitchen! You can even make a database of your recipes complete with notes on calories, allergies, servings etc. It is truly amazing! There are even recipes in this

END_OF_DOCUMENT_TOKEN_TO_BE_REPLACED

There very well might be a reason why someone would want to learn DOS.   The information in this book is readily available without having to make space in the crowded computer section for this ancient book.  A small/medium sized public library’s computer section reveals the library’s relevancy, so effort should be made to keep it up to date.

I just love the cover, though.  It definitely looks like computer clip art from 1985!  Gotta love the $5 price tag.