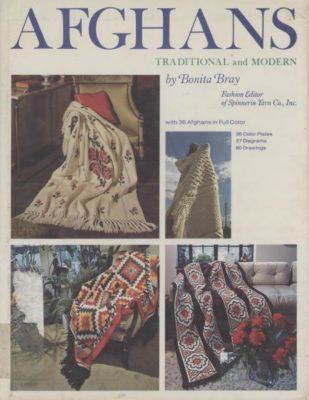 I was prepared for a very 1970s vibe for this relic of a craft book. I wasn’t disappointed with a few crafts that looked like it came from a grandma’s couch. However, I was surprised that a few were actually quite good. There were some very plain but nicely detailed afghans that would have made nice throws for a couch in this century. The bad news is that the projects were crowded out with the examples below. (Warning! A clown afghan is one of the examples!)