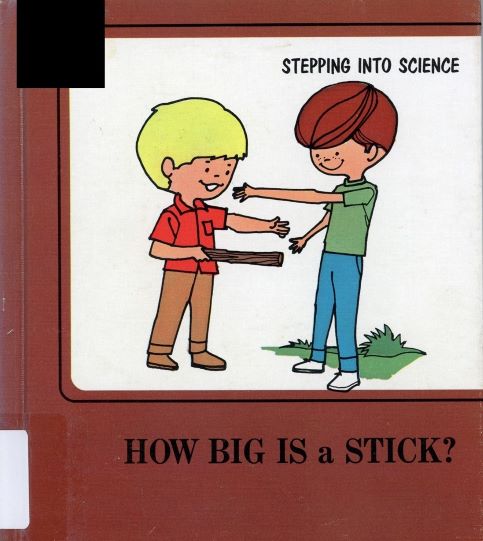 This is very dated. The illustrations are bizarre and look even older than early 1970s. Andy and Jerry go around comparing sticks to body parts. (Of course I immediately wanted to make a bunch of tasteless jokes, because it is just too easy.)

Andy and Jerry need better hobbies and they need to be a bit more clever with names. 80 percent of this book is focused on the naming and comparing of these sticks. The last bit is when Andy and Jerry’s dad shows up and talks about rulers. The end.

I have questions. I want to know why they have so many sticks. Don’t these people gather them up? Don’t they need kindling? What about all the dogs in the neighborhood? Don’t they have a say? All these sticks and not one dog shows up. Obviously, there is something wrong here. 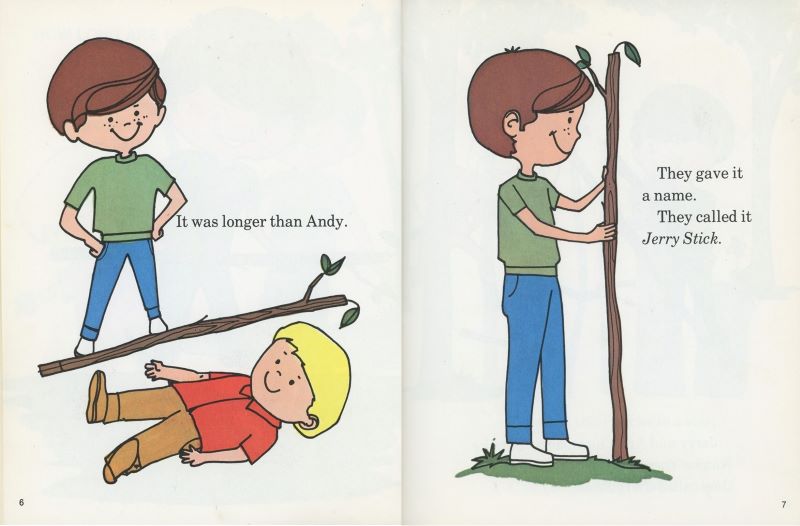 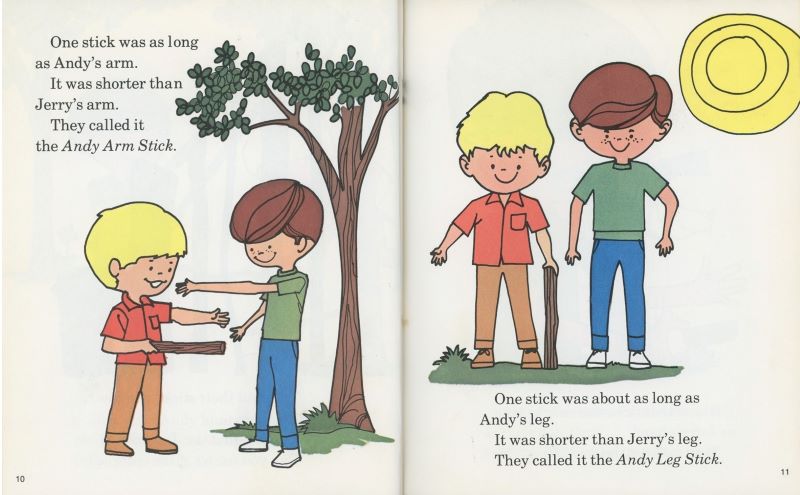 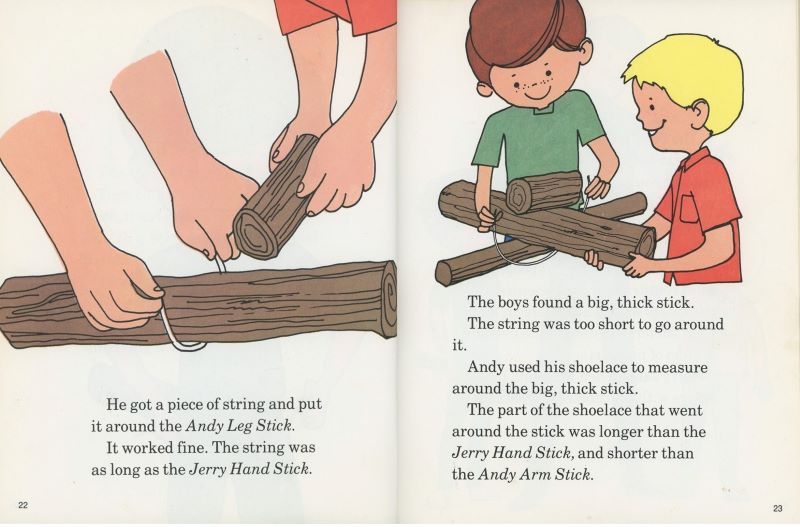 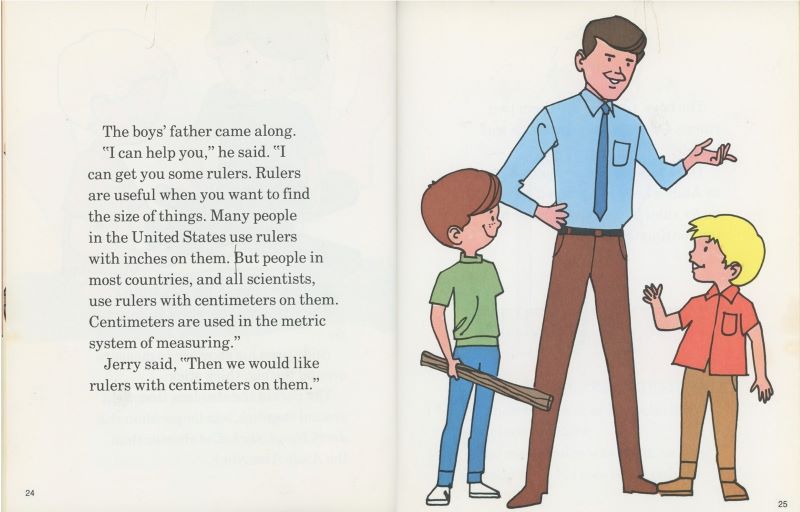