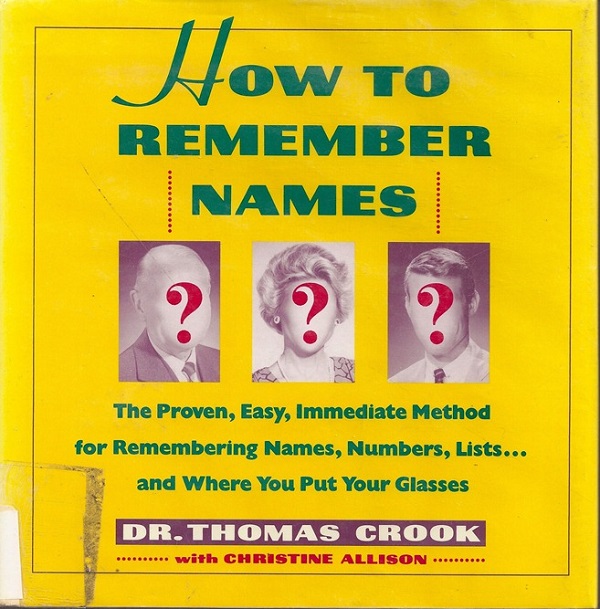 How to Remember Names : The proven, easy, immediate method for remembering names, numbers, lists… and where you put your glasses
Crook
1992

Submitter: I found this book while weeding in my public library’s psychology section. It seemed so innocuous at first. I pulled it off my cart and thought the cover was a bit dated (for good reason, it had apparently been hanging out at our branch for over 20 years!), but that it had a topic that would appeal to lots of patrons. Then, I opened it up… and couldn’t decide whether it was laughable or horrific. The unfortunately-named Dr. Crook’s main memory device is to pair a person’s face and name together with a concrete image. So, for example, if you meet someone new named Tony, you immediately picture his face on a Tony Award. This is such an odd image that you’re supposed to have no trouble picturing it and remembering Tony’s name the next time you bump into him. That all sounds reasonable enough… until the author illustrates just what he means on the next pages. For once, big hair isn’t the scariest thing going on in these photos. (Let me just say, I’m glad my name isn’t Helen.) This is probably a useful technique, but there are lots of books on improving memory out there. It didn’t make it back onto our shelves.

Holly: Dr. Crook!  Ha ha ha!!  Of course, my 12-year-old boy brain went straight to “what if their name is Dick?” I’m not drawing THAT on the poor kid’s face in the yearbook!  Hey, people, I know LOTS of people legitimately named Dick! 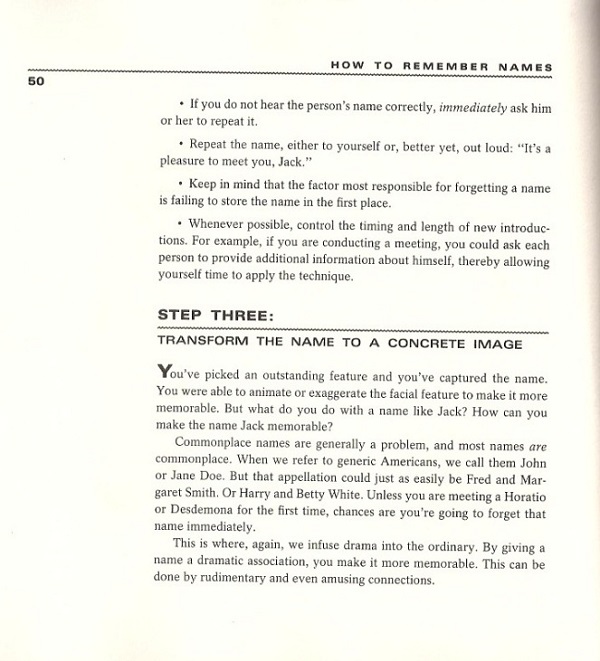 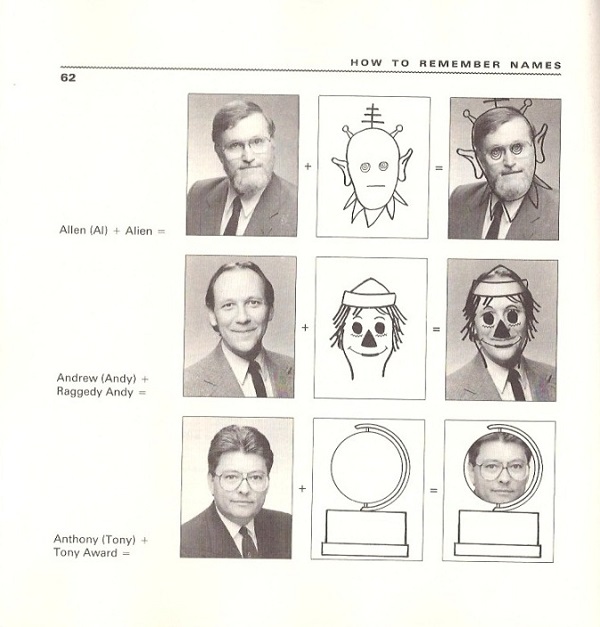 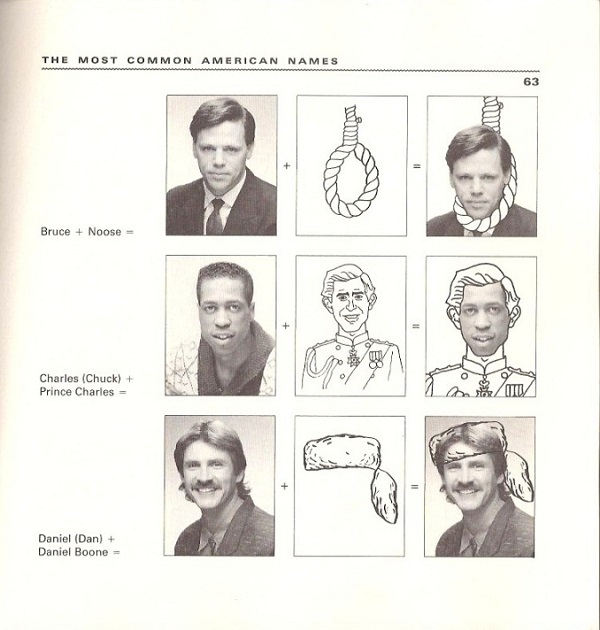 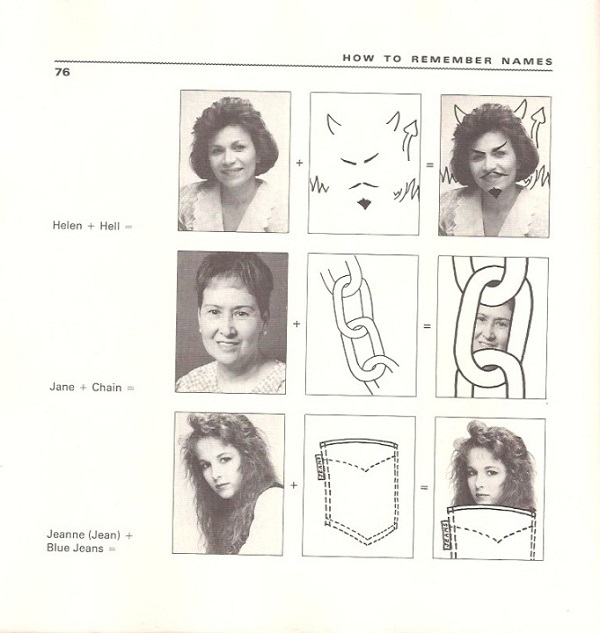 Previous Post
Do You Really Want to Hurt Me?