All of a sudden I have a bunch of Soviet Union material from the 1980s. The Opposing Viewpoints series of books is practically a staple of youth/teen nonfiction collections. In 1988, this would have been a great choice. The Cold War dominated news of the 1970s and 1980s. Brezhnev’s death in 1982 marked the beginning of the end of the Soviet Union. So this little book was published at one of  the most interesting times in history. For the most part, there is a discussion on policies such as human rights, women’s equality, and government.

As this is a collection of essays exploring the pros and cons of Soviet life and government, curated for young people, it doesn’t need to be sitting in a modern youth collection. It might have some value to researchers, but it is not original source material, so the information could be culled from other sources. Also, the condition of this book isn’t so great. It is already on life support. I think it is time to go. Actually, it probably should have left in the 1990s after the collapse of the Soviet Union. 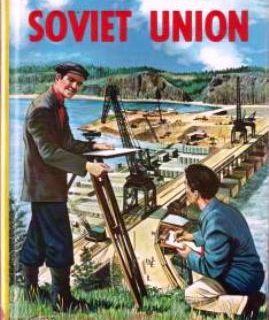