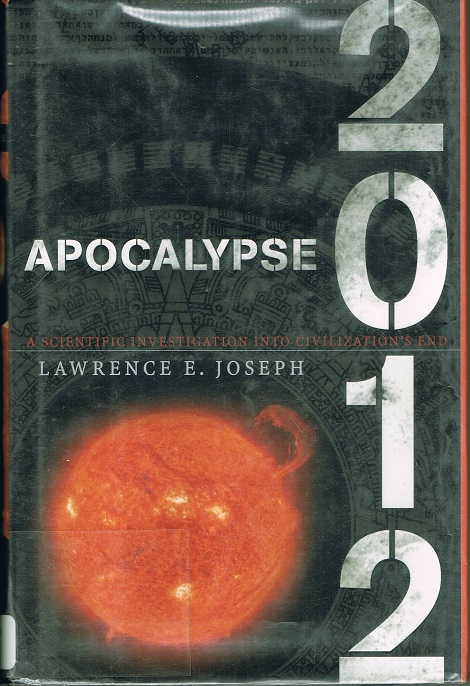 These are always fun books after the fact. Here we are, five years later, and civilization is still hanging in there. By a thread, probably, but we’re still here!

Look, libraries can absolutely buy these books. I don’t have any real beef with the book itself or the library in which it was found (public). I don’t personally go for apocalyptic non-fiction, but the library’s collection isn’t all about me, so that’s fine. This one has a science focus to balance those with a religious bent. Even if they don’t pan out when the time comes, people will read the book. Everyone has to know their own community and how it might go over with their clientele, but it was probably a reasonable choice in the library in which it was found.

The back cover is frightening (pictured below). It’s supposedly funny, though, so…bonus!

See you at the bitter end, 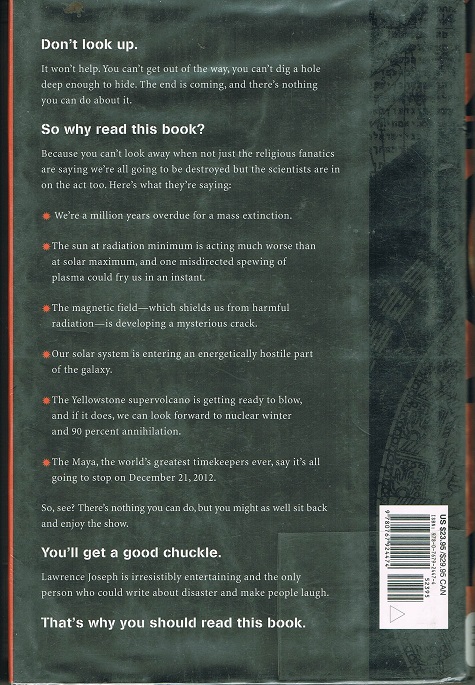 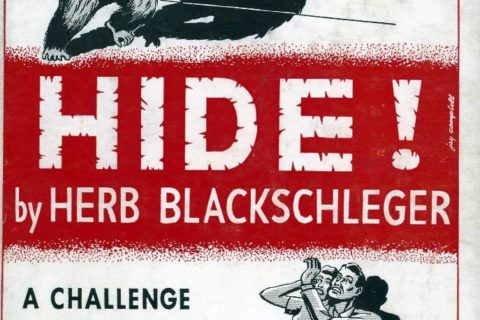