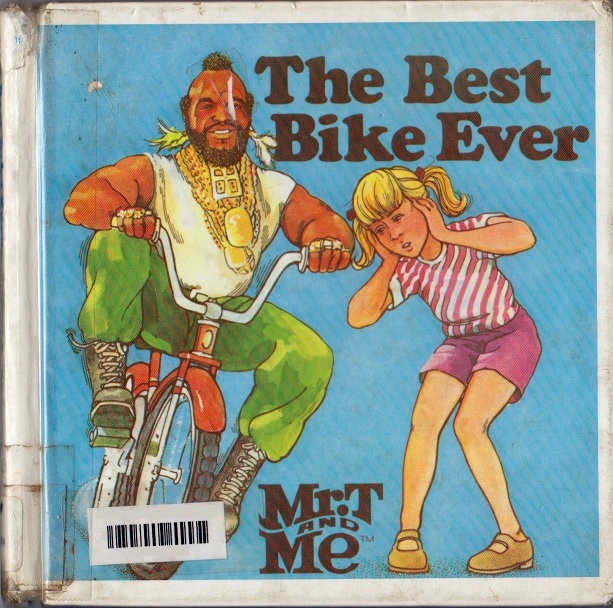 Submitter: I work at an elementary school library in a small town in California.  I came across this treasure the other day – it has somehow survived several recent weedings, and was actually checked out a couple times last year!  The plot concerns a girl who spends more time washing and polishing her bike than riding it.  When Mr. T makes an appearance at a local mall, her older sister steals the bike and dents the fender on her way to see him.  To the younger sister’s horror, Mr. T grabs the bike and rides around gleefully, then lectures all the kids on honoring god rather than their possessions – I love how intently the kids are listening!  Mr. T pops the dent out, lesson learned, everyone goes home a little wiser.

Holly: Is it me, or is Mr. T’s head really big in these pictures? Especially the second one. 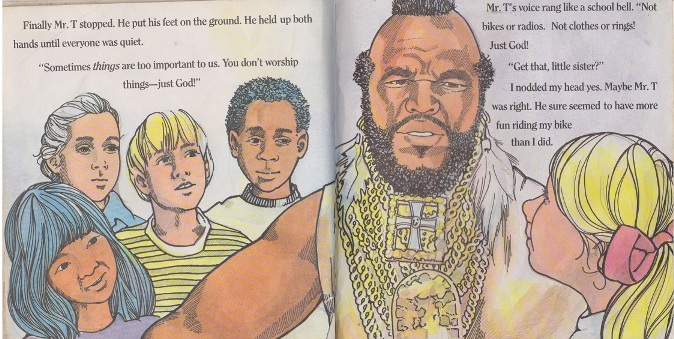 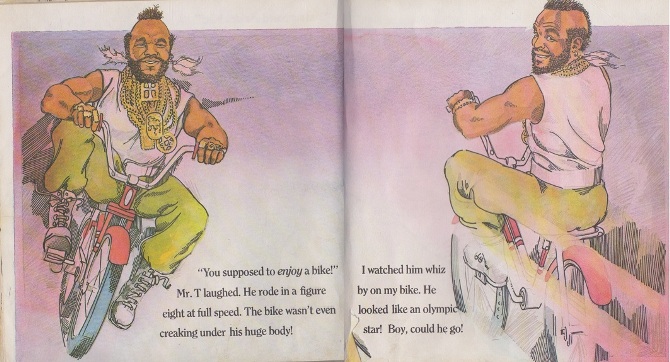