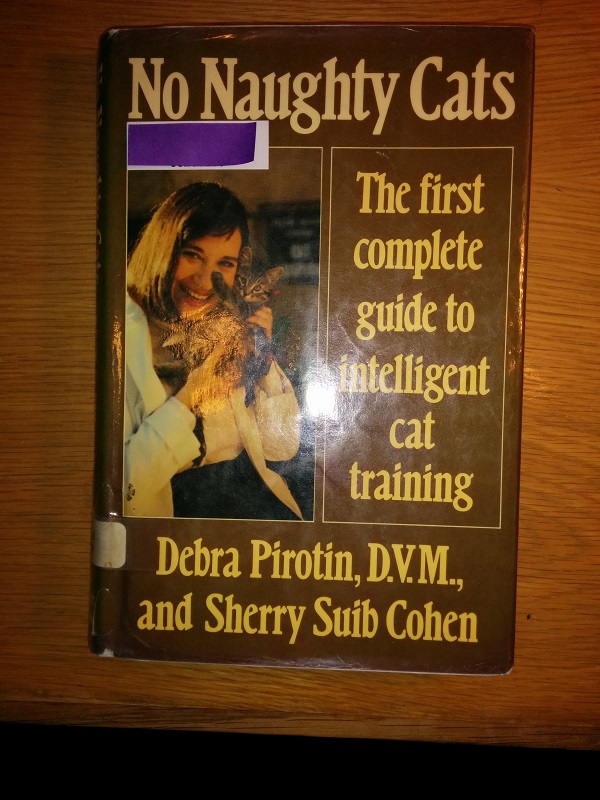 No Naughty Cats: The First Intelligent Guide to Cat Training
Pirotin and Cohen
1985

Submitter: First of all, 1985. Cover, design, everything is old-fashioned and faded. Second, training your cat to come when called? If you want a dog, get a dog. And finally… doesn’t seem like the program worked on at least one cat. Page 7 is not only clawed up but missing a big chunk. It’s a weeder!

Holly: Here’s a throwback to a title we featured back in 2011. Apparently a few copies got missed in your weeding routines since then, so here it is again five years later. As far as cat training goes, once kitteh finds the litter box, you’re basically good to go. 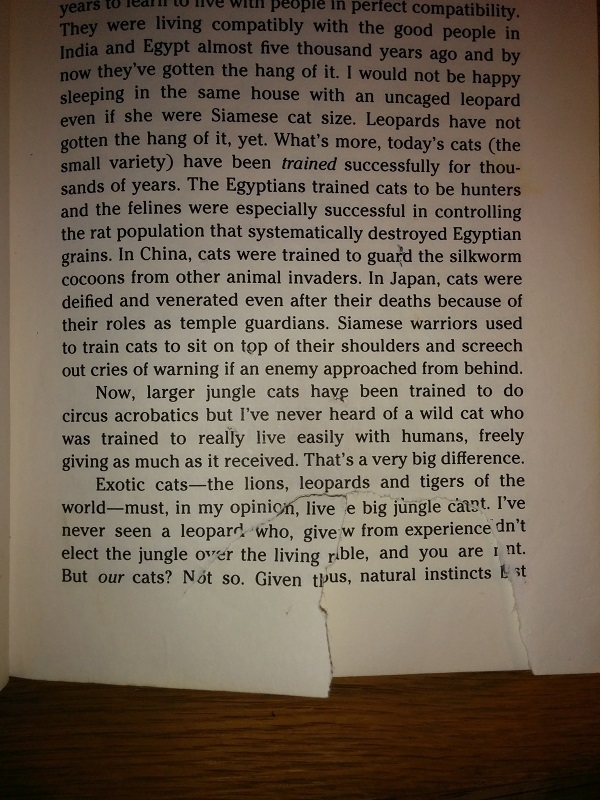 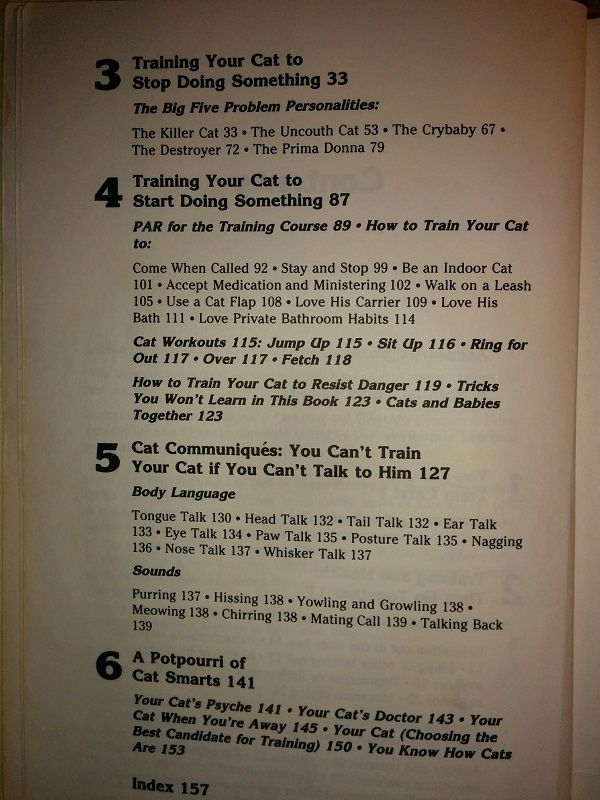 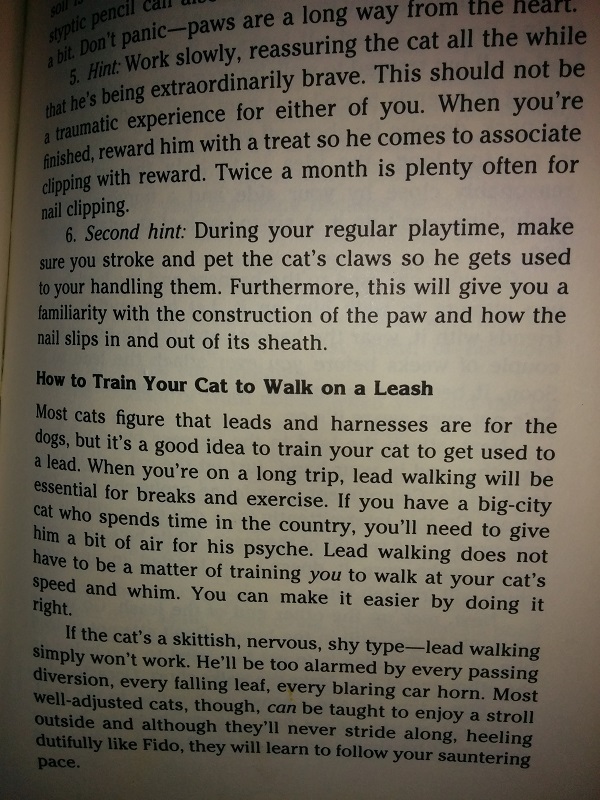 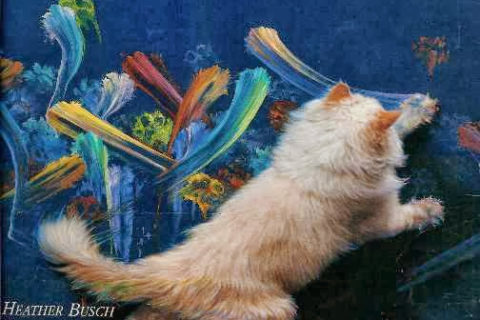 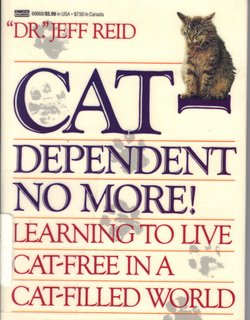 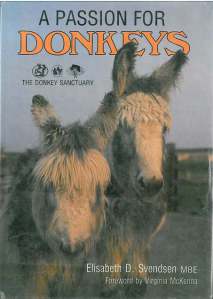