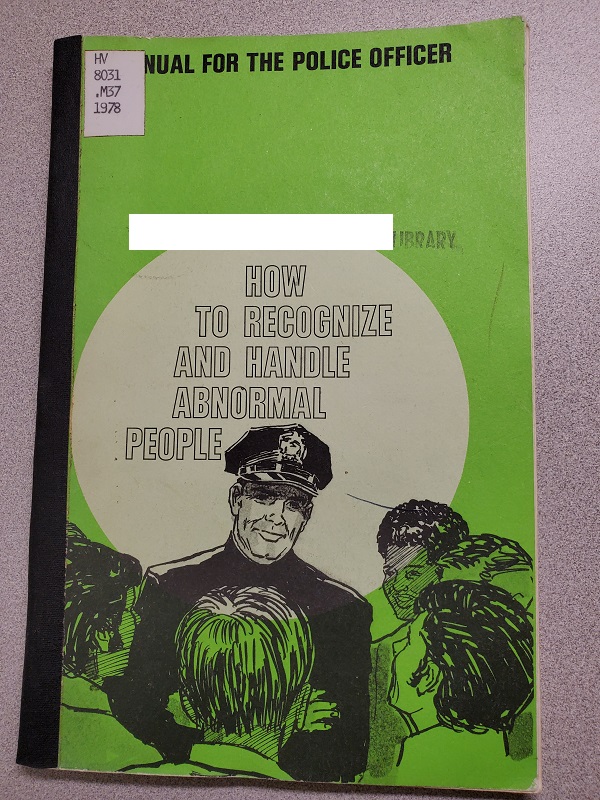 Submitter: Another dated police manual we weeded. My colleague left this on my desk with a sticky note, “Who you calling abnormal?” and an arrow pointing the the person of color on the cover. Sigh. We don’t even say “abnormal” anymore, much less “mentally retarded.” Oy. There’s a whole section on “Abnormal Group Behavior,” which includes Civil Protest. The advice is fine; basically keep your cool, but “men in police work” need training, of course!

Holly: We actually posted the 1954 edition of this title back in 2016. Five years later, and this 1978 edition is still on library shelves! (Actually, WorldCat lists it as 1979, but the submitting university put 1978 on its call number label.) The last image (below) is interesting: “Big protests may be a thing of the past. We don’t know, of course. There will likely continue to be protests among students and ethnic groups. The function of the police department is not to restrict or prohibit people from exercising their right of protest.” Hooooboy…just gonna leave that statement right there. 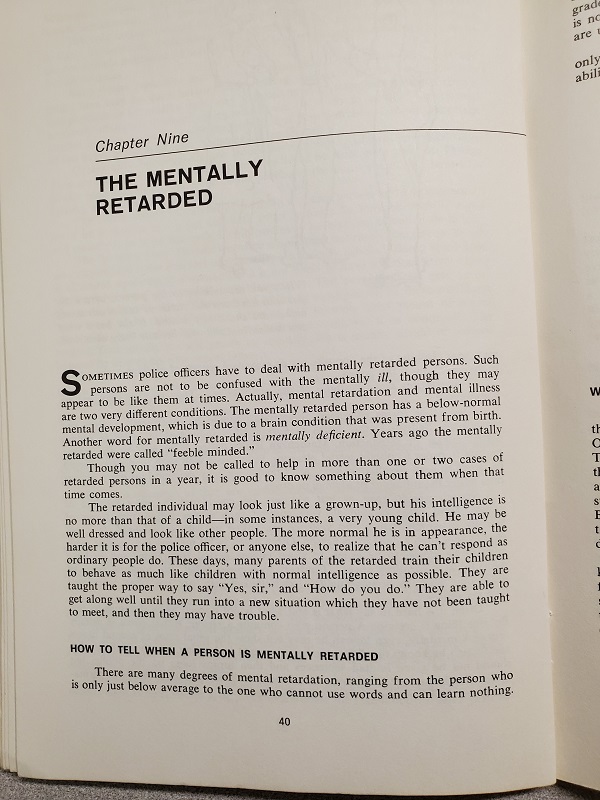 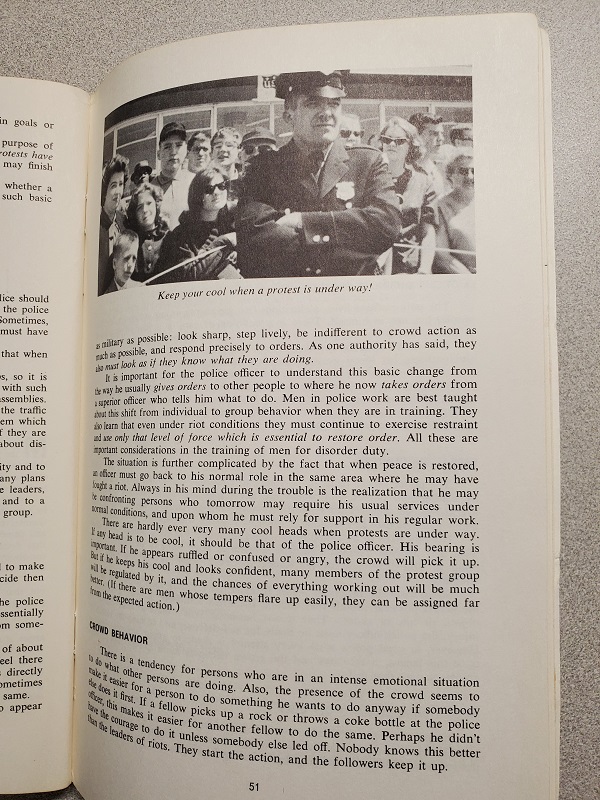 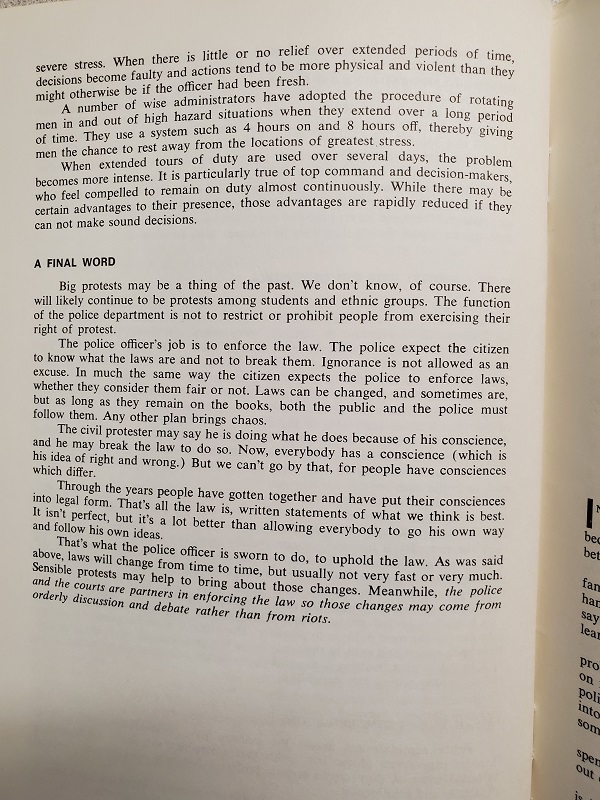