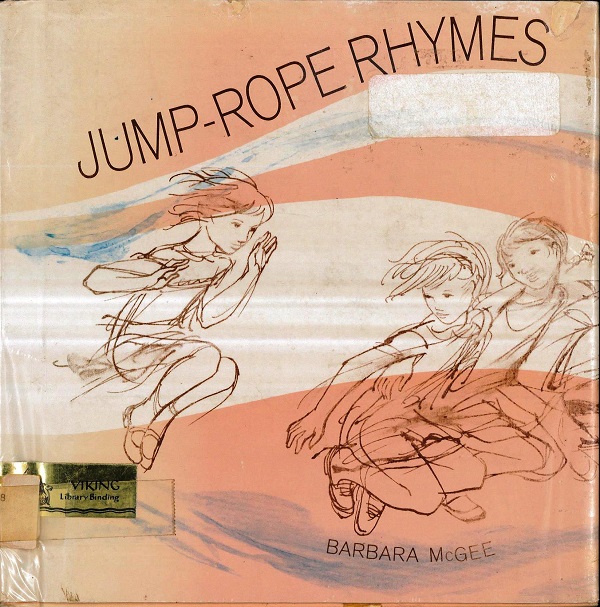 Submitter:  This was a donation, apparently removed from some other library many years ago, and someone thought we just might like it. It looks ancient and dirty (I had to majorly improve some of the images so they’re readable), smells very strongly (and not in a nice, old book, way), and the rhymes, although indeed I have encountered many of them in ancient children’s fiction, are not exactly suitable for 2016—a little too much nudity and political incorrectness, among other things. I scanned as many pages as I could before the disgusting factor got too high.

Holly: I am embarrassed to admit that I know the words to many, many jump rope rhymes. In fact, many of these are familiar to me. My jump rope days are long gone, though, and this book should go away too – especially if it is smelly and dirty. And yet, there are quite a few owning libraries out there, according to WorldCat! 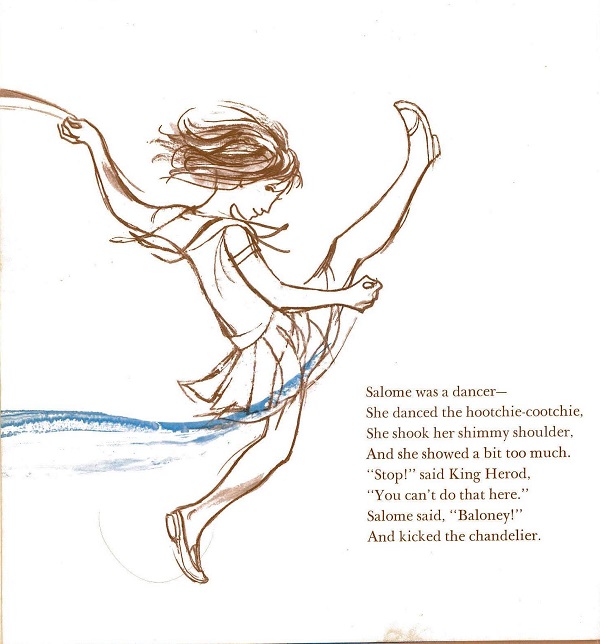 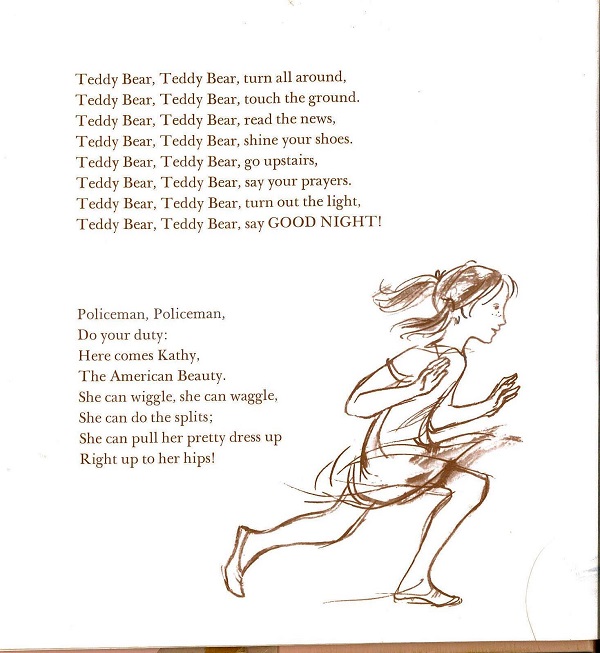 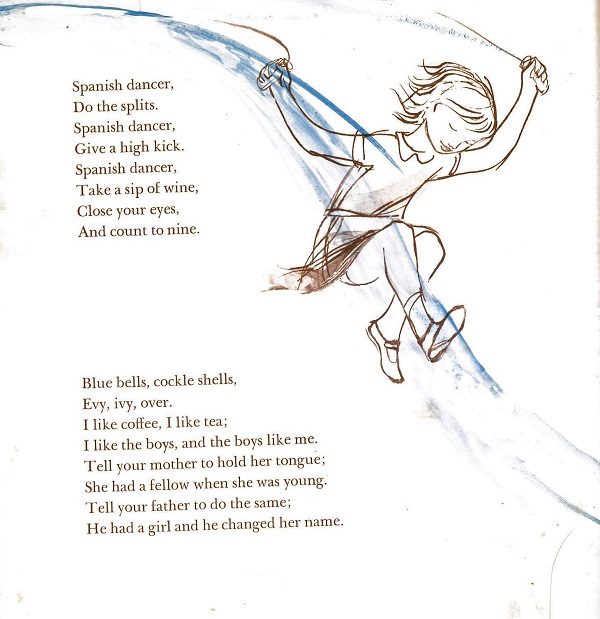 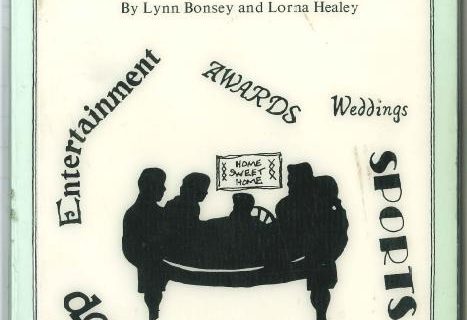