This is one of my favorite submissions!  Libraries that own this were probably waiting until 2010 to weed it.

Some concepts in this book are actually not far off of the truth: ordering groceries and dinner through a computer, video phones, and showers with multiple heads.  The pictures are just awful, though.  The people all look angry, they’re wearing weird one-piece jumpsuit numbers, and everything is very cartoon-ish. 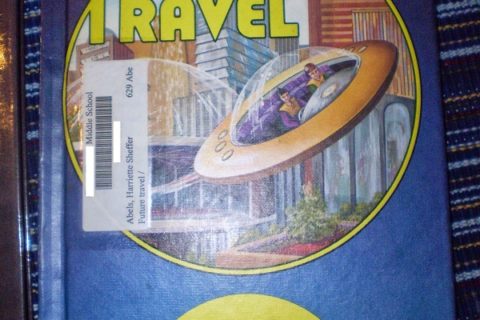