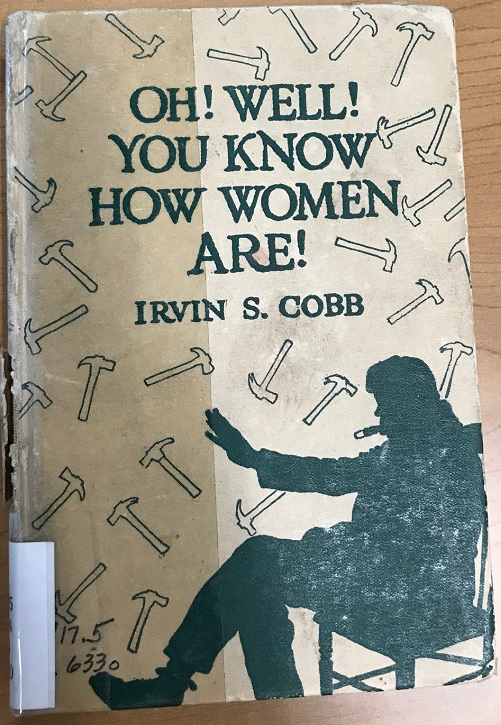 Submitter: I came across this gem on our discards cart. It comes from an undisclosed university library in the Pacific Northwest. This book was written by Irvin S. Cobb who was an early 1900’s American humorist and newspaper columnist. At one time he was the highest paid staff reporter in the United States which probably explains how he got this book published.

The book is actually two books in one! The two books are fused in the middle so one half is always upside down while the other half is right side up. Simply flip the book over and you can read the second book! Clever? I’ll let you decide. 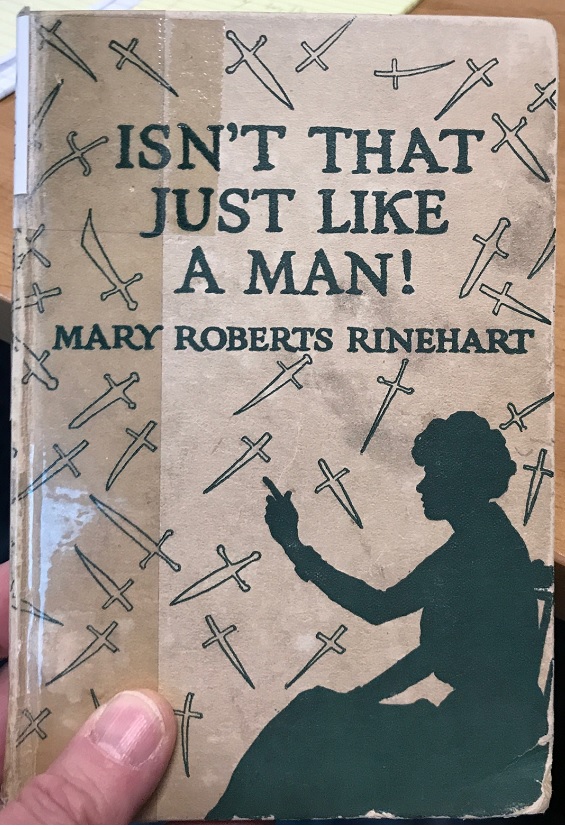 Skimming the book on “How Women Are” you will quickly find that Cobb seems focused on skirts and heels. He has several entries throughout and seems overly concerned that skirts and heels impair a woman’s overall mobility.

Let’s, however, give Mr. Cobb credit. He was an equal opportunity humorist and that’s pretty good for 1920. Among the historical pearls I learned about men include that wearing hats cause hair loss and that boys should never wear their mother’s pink silk stockings.

I could opine about the historical method and how we should consider time, place, and culture when considering primary texts. Then again, this book is in the public domain and freely available to read on Google Books so you can do that on your own. Now if you’ll excuse me I have some hats to burn.

Holly: This thing has held up pretty well for 1920! These old books are kind of cool for a museum or private collection, but that’s about it. A public library can move on to Men are From Mars, Women are From Venus by John Gray. Oh wait…that one is from 1992. It can be weeded too. Side note: this book is cataloged as humor. Ha ha ha? 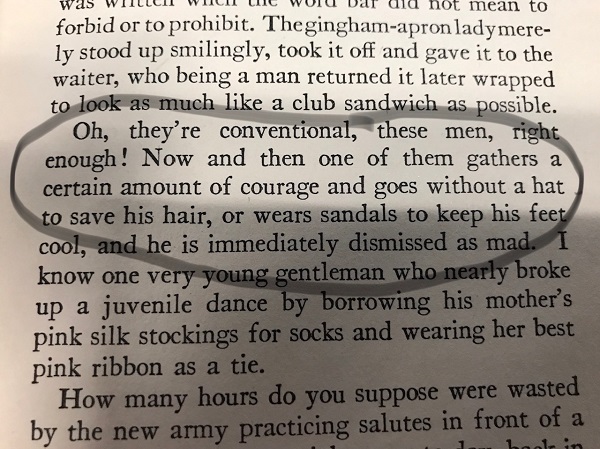 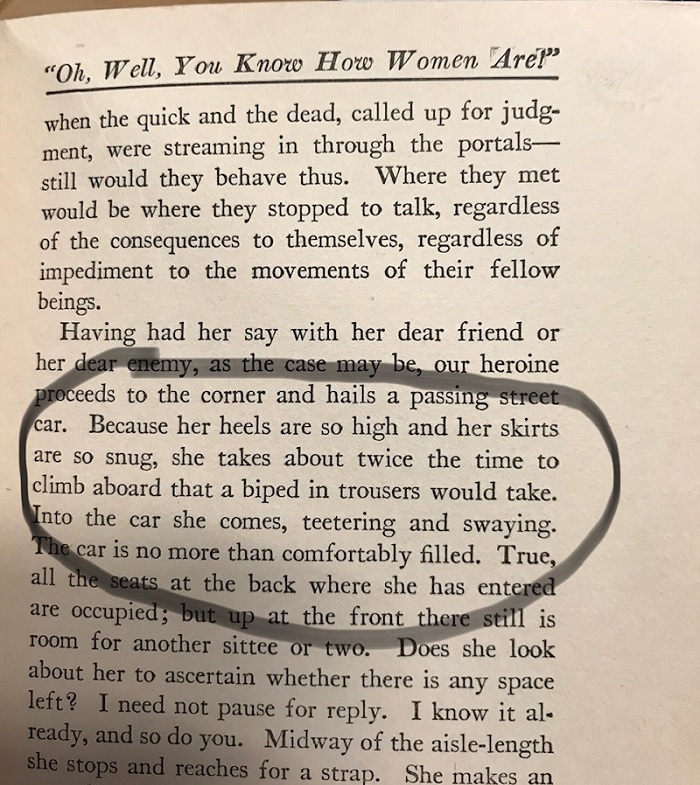 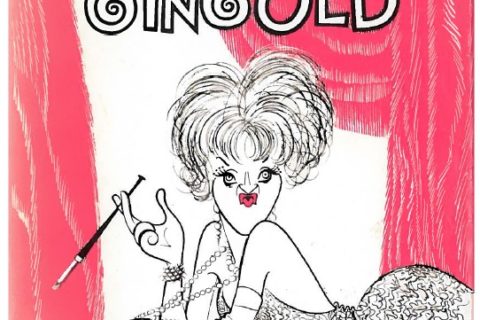 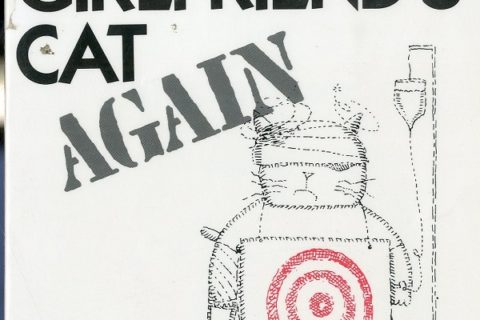 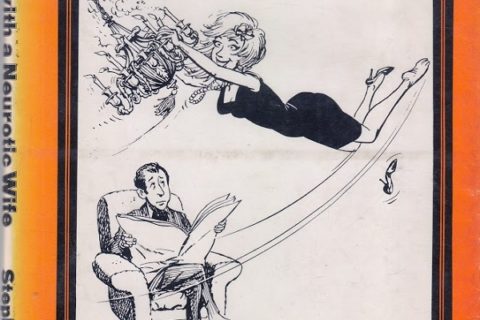