Submitter: We are an academic library in a non-North American country where English is an official language. There are some Francophone countries in the region but they are about 750 miles away from us. You can take French as a foreign language here, but only for 4 undergraduate classes (no major or minor and certainly no Master’s/Phd program). We have a small but decent collection of classic novels originally written in French (Dumas, Zola, Proust etc) that you might reasonably expect someone studying French to want to try to read.

So why did our library catalog a bunch of gift paperbacks of French translations of English language pulp/noir novels with somewhat lurid covers by novelists that aren’t really famous in their native tongue? My only guess is that these were added in the 70s when the library was new and we’d accept/catalog ANYTHING just to get our volume count up. These were all classed in PR or PS (British or American lit, for you Dewey folks) , and most of them had never circulated, or had circed once in the late 70’s (probably by a French instructor looking for some mindless pleasure reading). Some poor cataloguer spent several hours (this is before OCLC, remember) describing and assigning call numbers to works of “literature” that have perfume advertisements on their back covers. The poor condition of the covers is because some of the books were literally stuck together because they hadn’t been taken off the shelf in 30+ years.

Holly: These are kind of cool in the right place, but clearly they were not in the right place.  I once worked in a library that accepted just about anything that was donated too.  That’s a bad, bad idea, my friends.  You really need a donation policy in place and a plan for how to handle donations you can’t use.  There just might be another library who really wants your castoffs! 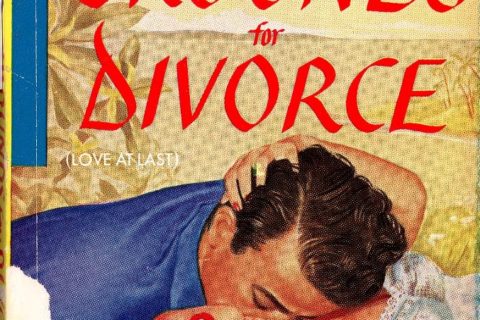 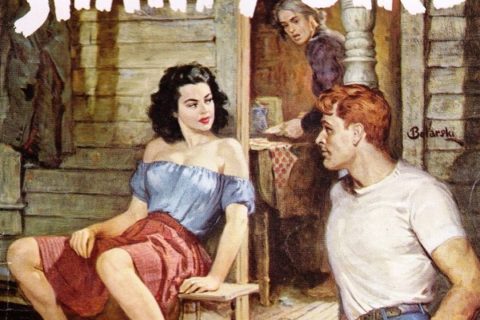