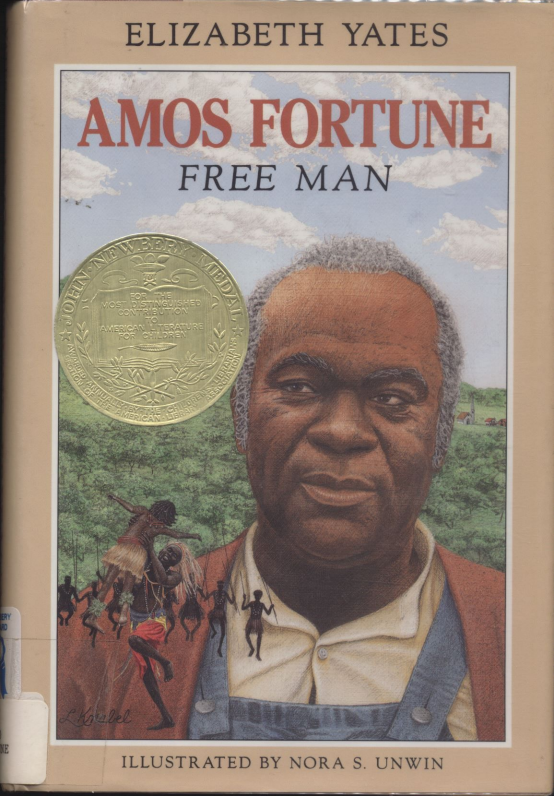 Submitter: Somehow this book from 1951 was still on the shelf, maybe because of that shiny Newbery sticker on the cover. Or maybe it just got overlooked. Either way, a story of a slave written in the 50s is likely going to be questionable today, and I would say this one is. Descriptions comparing Black characters to dogs and untamed animals are jarring. The idea that Africans needed to be civilized before they could handle freedom seems to be presented not as something that many people wrongly believed at the time but as actually being true. At one point it is spoken directly from the still-enslaved main character himself. With some guidance and discussion, this book could be instructive of assorted historical and current trends in racist thought and language, but the public library kids biography section isn’t the place for that.

Holly: No, it isn’t. Just because a book is an award winner does not mean it should be kept forever. Either put it in a special Newbery reference collection or weed it.

Mary: This was pretty much the only slavery discussion that was around when I was a child in the 1960s. I remember liking the story. However, it was written in the 1950s for a white audience and of course it sanitized the evil of slavery for said audience. Although Amos Fortune was based on a real person, it really is a biographical novel. I think this article can give people more to chew on if they are second guessing weeding a Newbery. 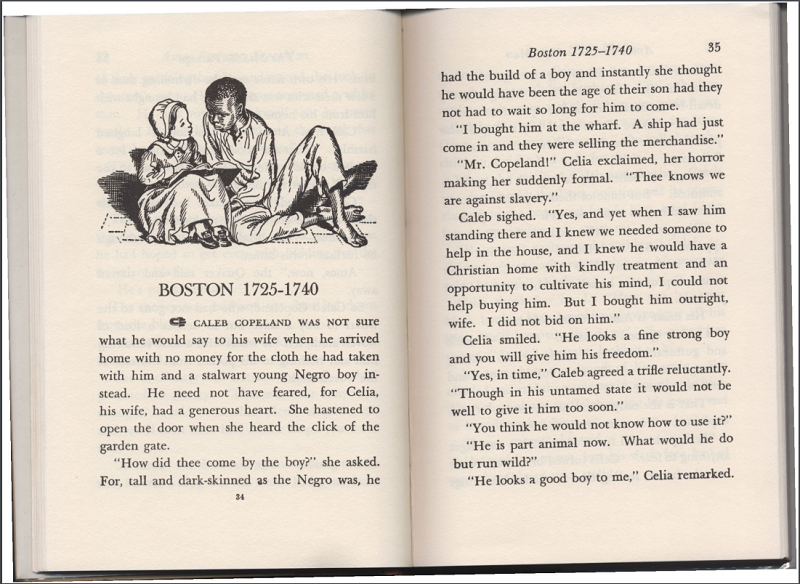 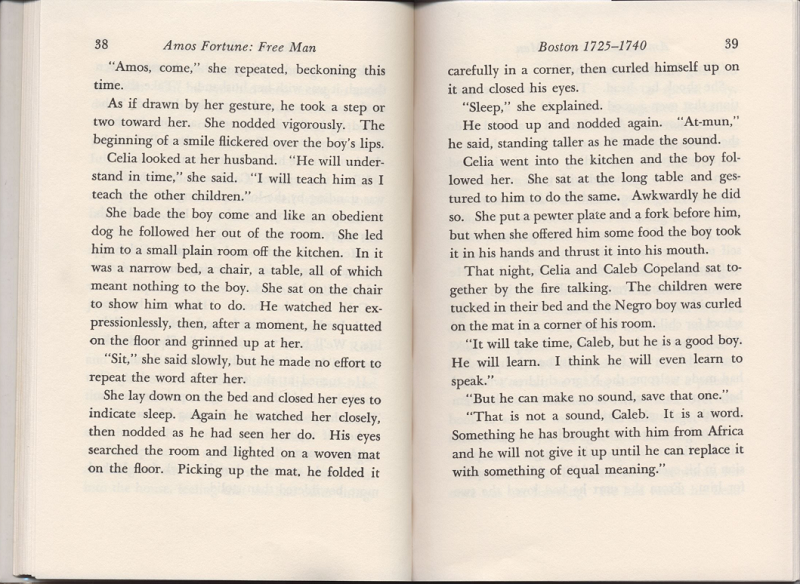 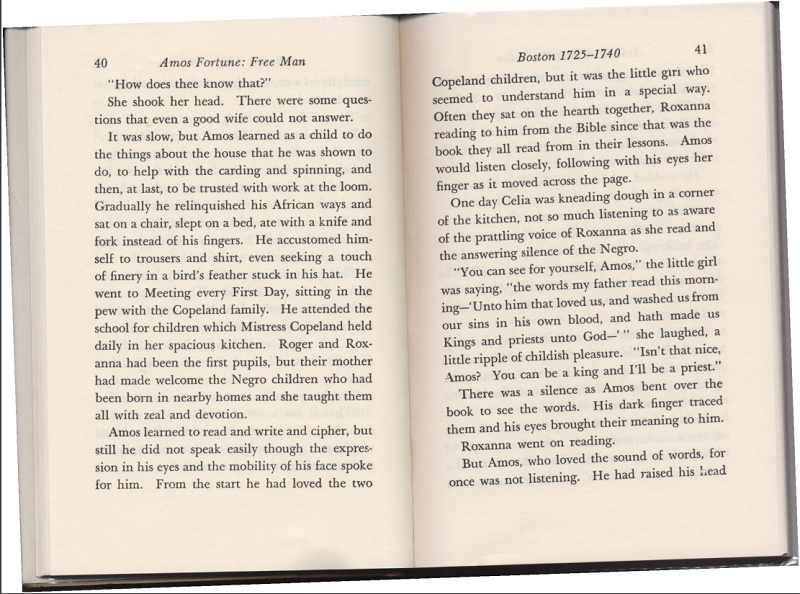 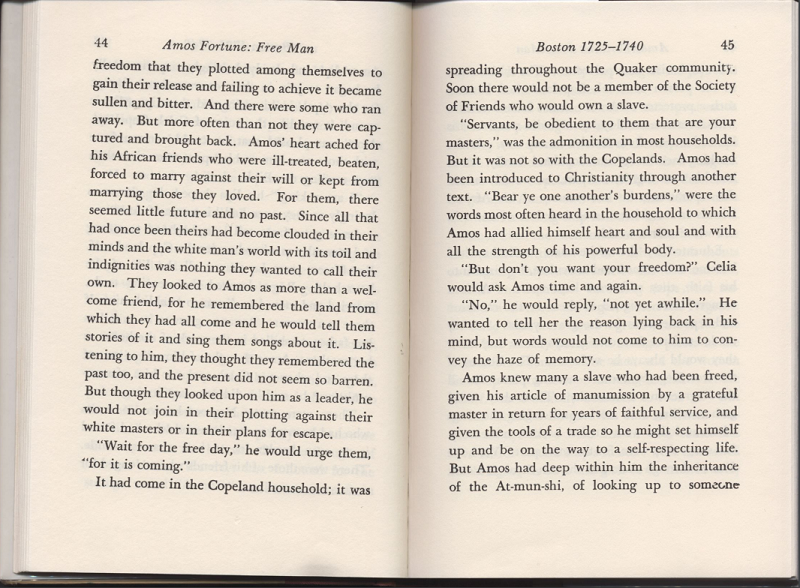 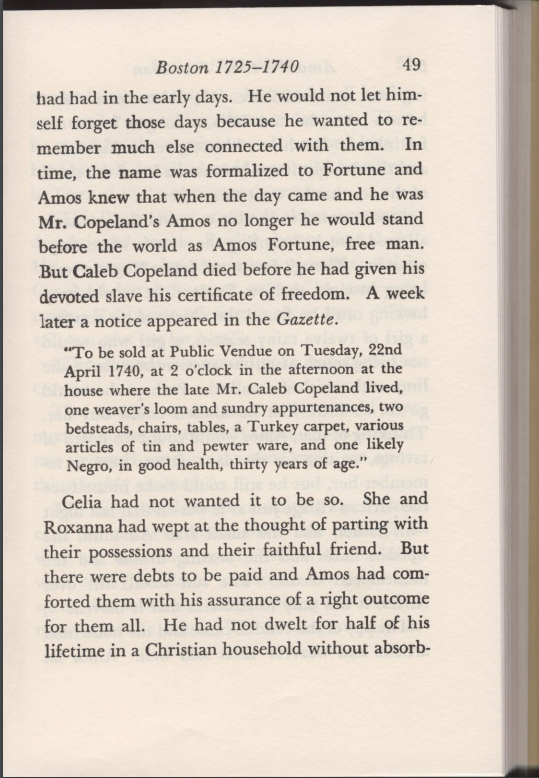 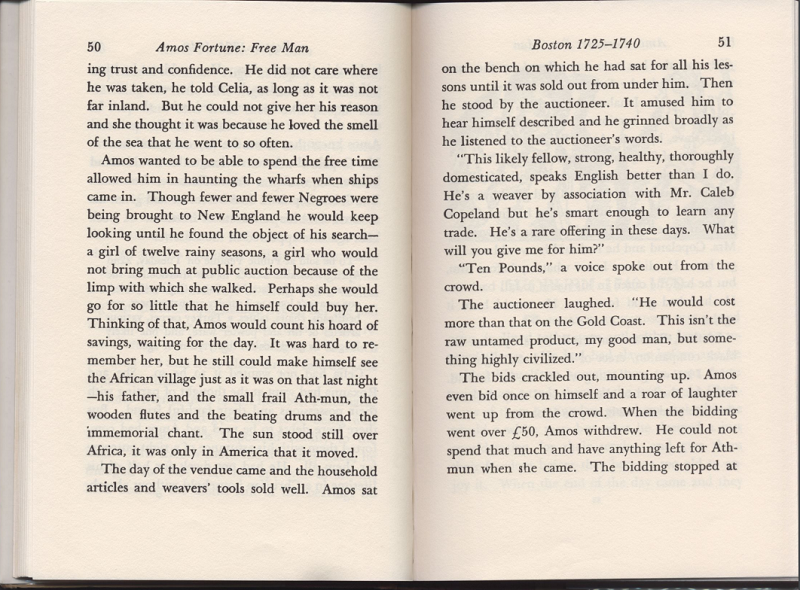 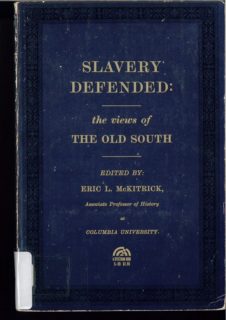 Previous Post
Put the Fear of God Into Your Toys