A Guide to Field Identification: Birds of North America
Robbins, Bruun, and Zim
1966

Submitter: In addition to being a librarian, I’m a bird geek – and being a librarian bird geek, I have a long-standing personal beef with out-of-date field guides. This doesn’t mean beautiful, illustrated classics like Audubon, but a basic guide you would borrow to take on a hike. Recent genetic research has made sweeping changes to the taxonomic order of birds – this lists species in an evolutionary sequence from most ancient to most modern. Every serious bird field guide is organized in taxonomic order. There have also been many changes to both the scientific (i.e. Latin) and common names of birds… and unlike most living things, birds have official, standardized names (in English at least). Example: on page 58 of this guide, you will find a duck called “Oldsquaw.” What you won’t find in this 1966 Golden edition is that the name Oldsquaw – which bats for the triple on ageism, sexism and racism – was changed decades ago to “Long-tailed Duck.” This book also contains “Traill’s Flycatcher,” which has been split into several species, and five different types of sparrows called Juncos. Our Juncos have long since been lumped together into one species – Dark-eyed Junco. The saddest part of this story is: this book was added to the collection of my small public library (not by me!) around *2008* when this edition was *already* hopelessly out of date. ‘Bye, Felicia. Do your public library patrons a favor and conduct the Oldsquaw/Traill’s/Junco test on your bird guides.

Holly: I don’t think it takes a bird geek to figure out that you don’t add a 1966 field guide to a small public library collection in 2008. Submitter points out all the reasons why bird geeks will think this is ridiculous – and it is. 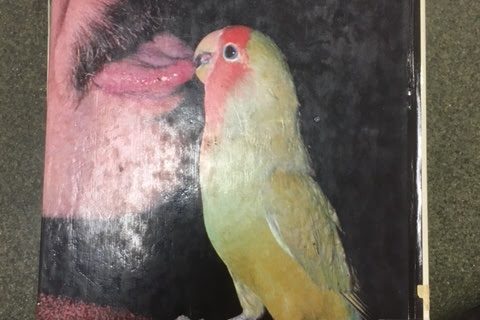