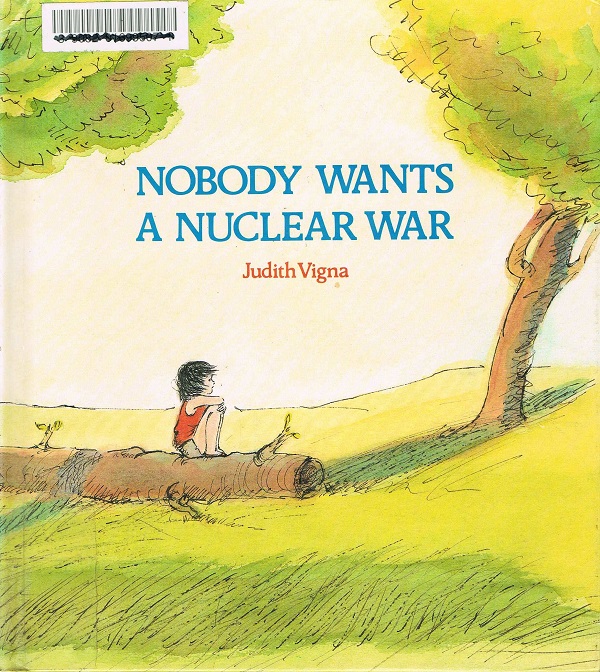 Nobody Wants a Nuclear War
Vigna
1986

Indeed, no one does want a nuclear war! That is still true today.

There’s no perfect way to talk to children about scary subjects. Maybe a book will help them wrap their little brains around the idea of nuclear war.

Then again, maybe it will give them nightmares.

This is the story of a brother and sister who are scared to death of nuclear war.

The story starts out with them hiding under their bed: 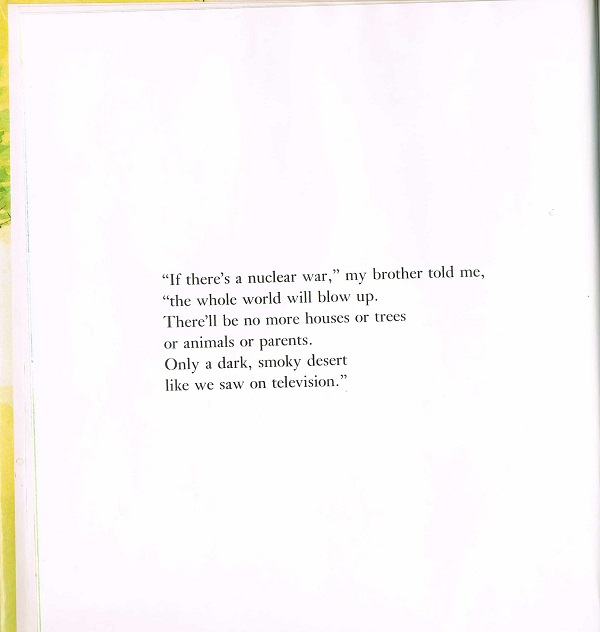 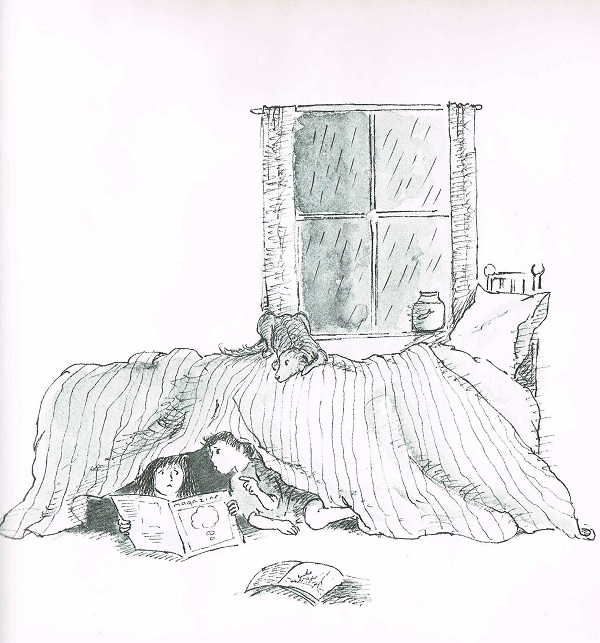 Then they found a cave in the woods and built a bomb shelter. Well, they put a blanket and some water in a cave and felt safe, anyway. Sorry, kids, but that won’t help you in a nuclear war. You’ll be blown to smithereens along with everything else. 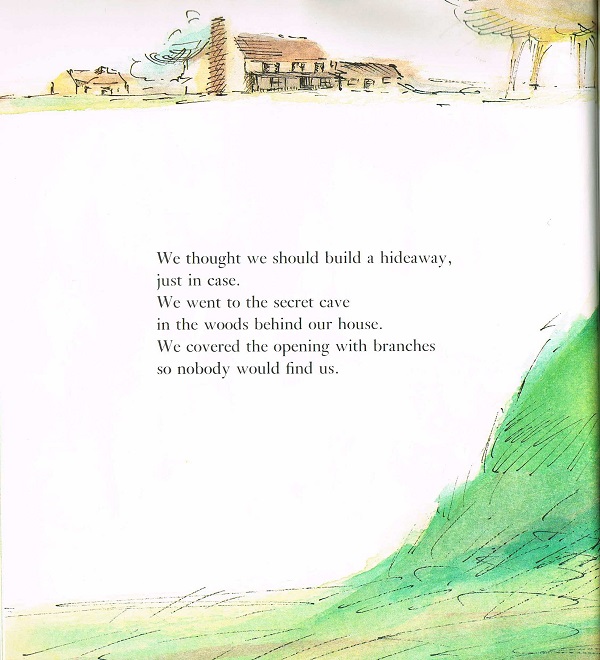 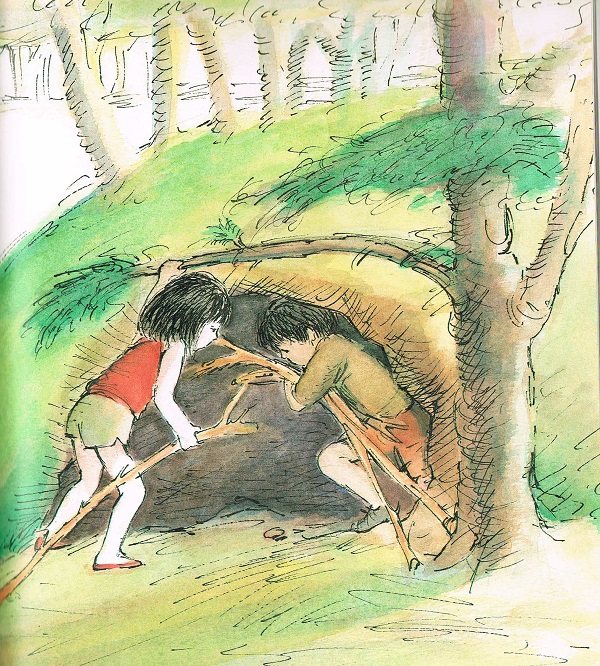 Mom finds them and helps them to understand that the atomic bomb dropped on Hiroshima was “more terrible than anyone could have ever imagined.” Thanks mom, that helps. I feel better now. 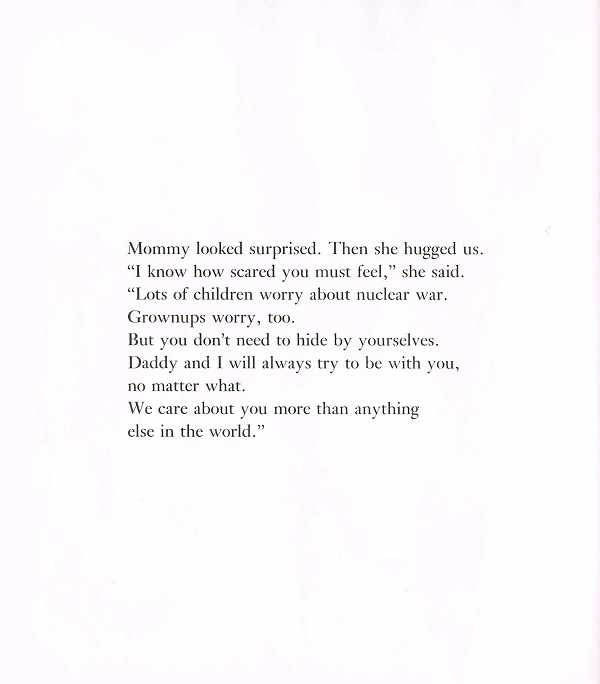 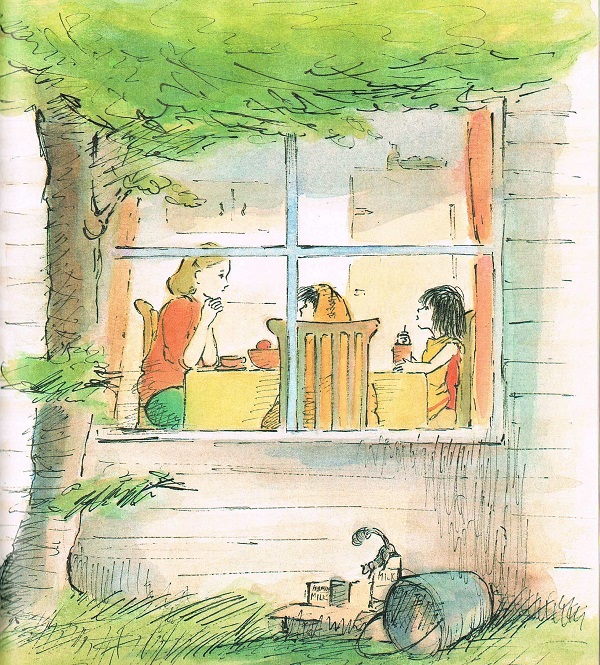 You know what would really help? Making a banner to send to the president. Don’t worry, he’ll get it and he’ll hang it in his room and we’ll all be saved from nuclear war. 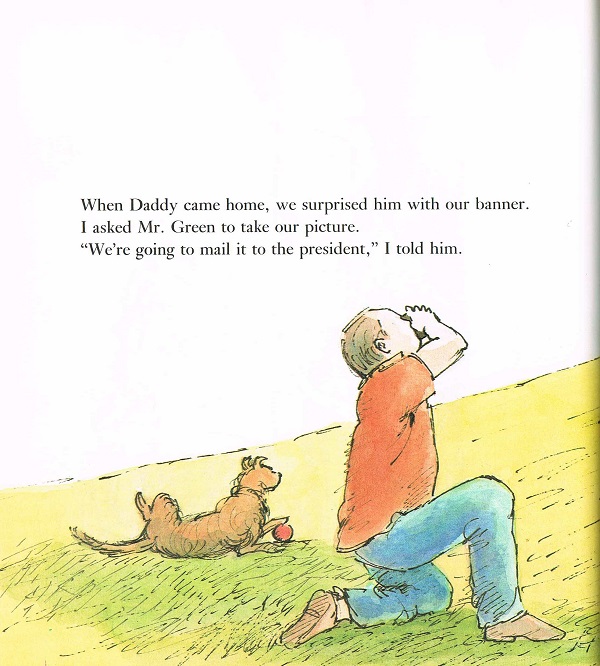 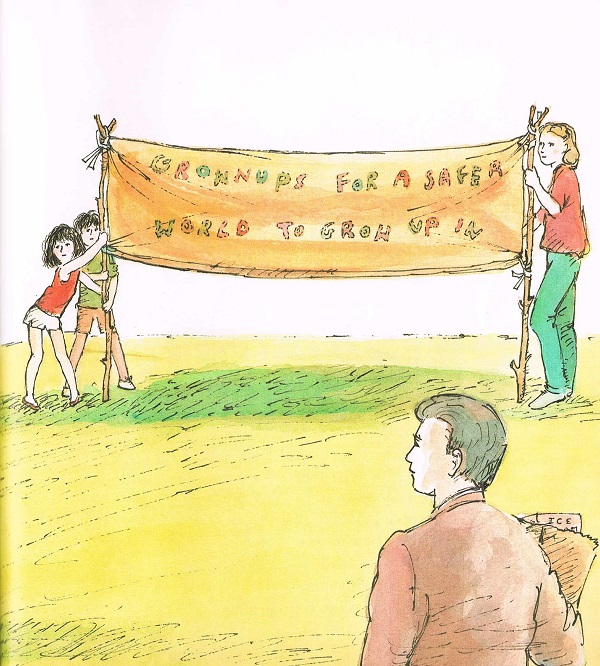 Is it me or does the little girl look like she needs to visit the potty? Awwwwkwaaaard.

(Now, before anyone gets all worked up, I know that children worry about things and I see that this might be useful to someone, even if it is 27 years old. It’s almost more relevant today, actually. We’re just having some fun here. It’s what we do.) 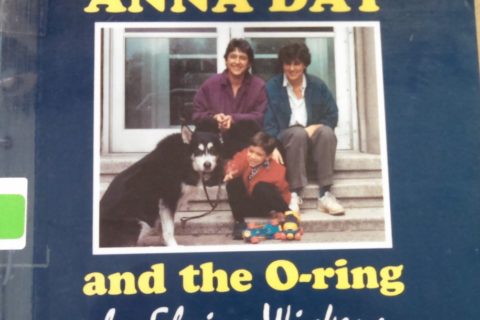