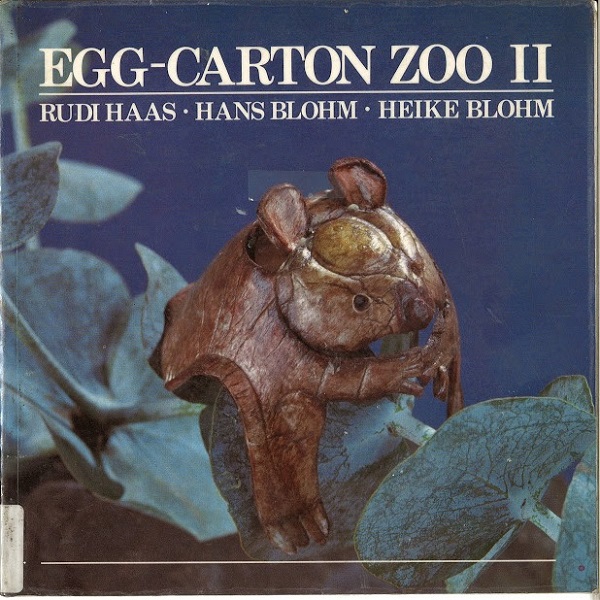 Submitter: Our district, a medium sized public library, haw been doing some pretty heavy weeding and one of the places I’ve been working has been the Juvenile 700’s. When I first saw this, I thought how long has this been hiding here? I thought for sure it was made in the late 60’s or 70’s. I wondered if we had at one time owned Egg-Carton Zoo I. I wanted to go find an egg carton, but realized that I didn’t have a Styrofoam carton at home. Are eggs still packaged in Styrofoam?

The book is set up to give you “facts” about each animal, a sample of what you could draw on the egg carton, and a finished animal. There are no templates and the author encourages you to manipulate the egg carton to find the hidden animals. The last sentence on pg 8 says it all. I think this would be rather hard for youngsters to create similar animals. The author also encourages the would be artists to raid the spice cabinet, specially mentioned is the saffron. I don’t know how many people actually still have saffron in the cabinet and if they did there might be some outraged cooks if kids used it to color an egg-carton fish. I’m not sure this book was actually written for kids and should probably have been originally cataloged in the adult collection. It’s only circulated a dozen times and it’s been 5 years since the last.

Holly: I would KILL a kid for using saffron in a craft project. It’s anywhere from $6.50 to $8.50 or more per GRAM! It’s a cute idea for a book, but it does seem like it could use more instructions. Maybe it’s just supposed to be inspirational and not a how-to book, but the end results are much more sophisticated than your average 10-year-old can pull off. Give a kid a chance! These and these are more do-able. Googly eyes are acceptable supplies. But saffron?? 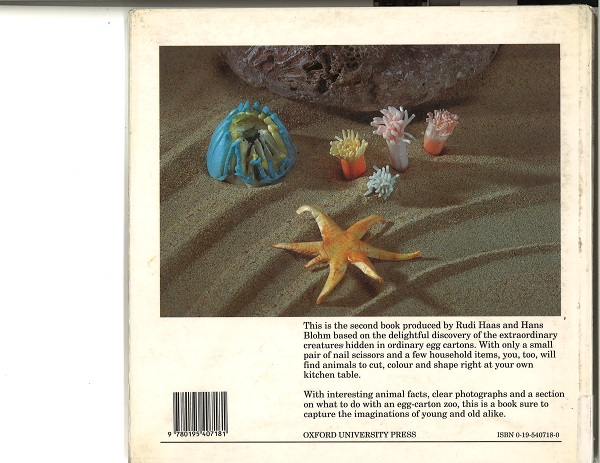 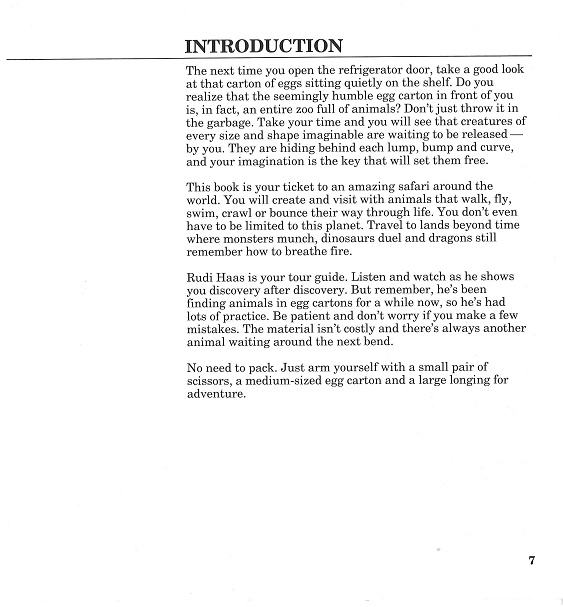 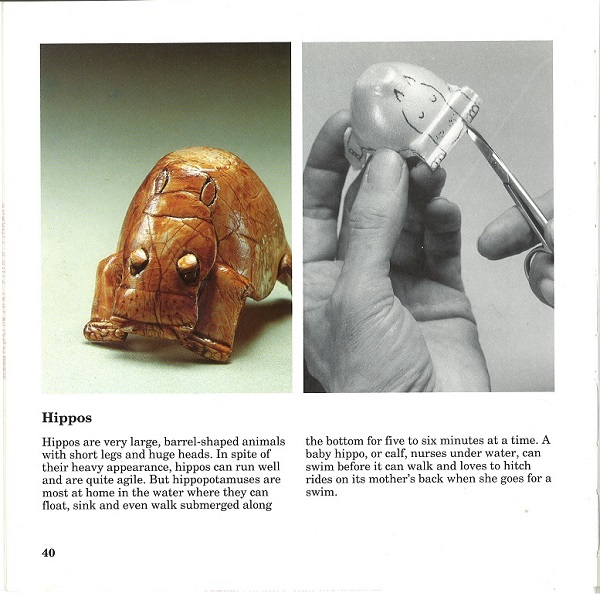 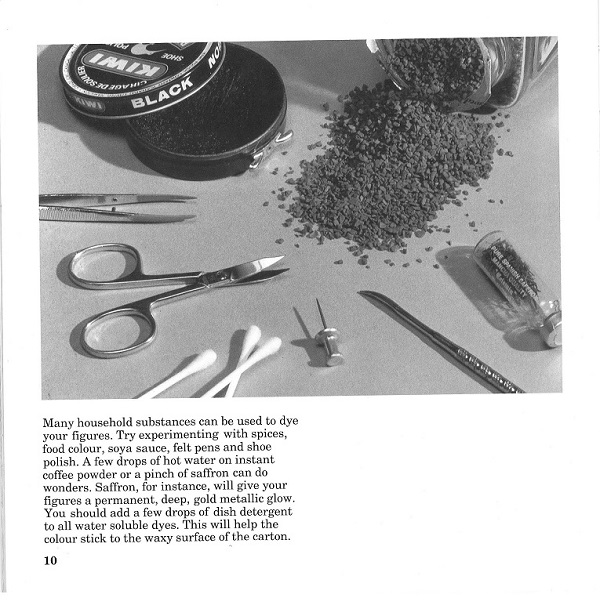 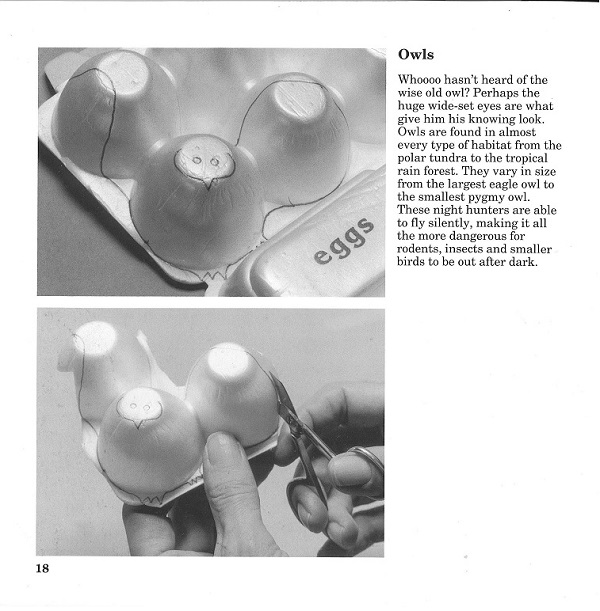 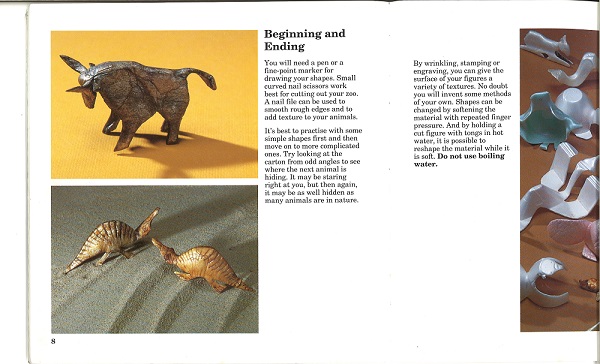 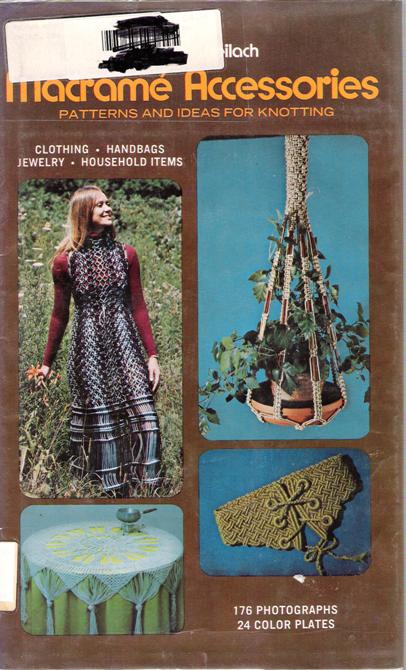 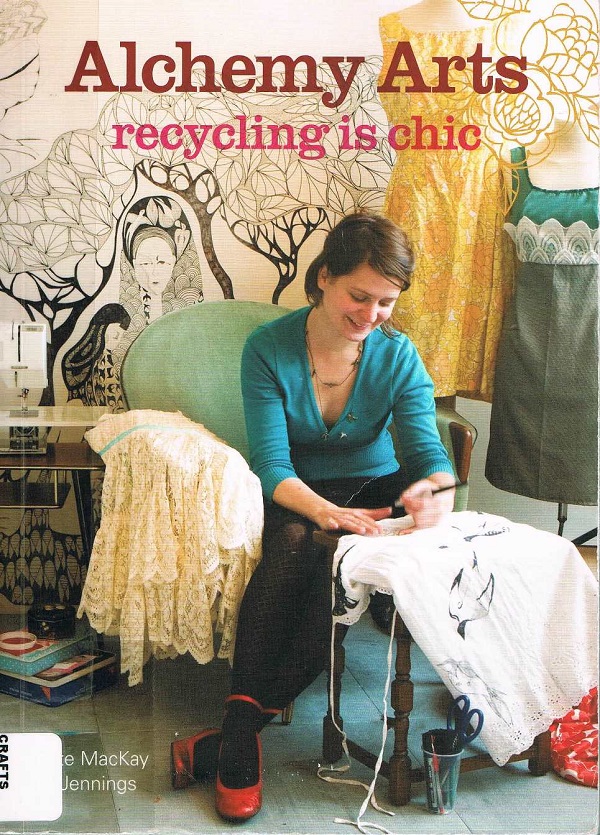 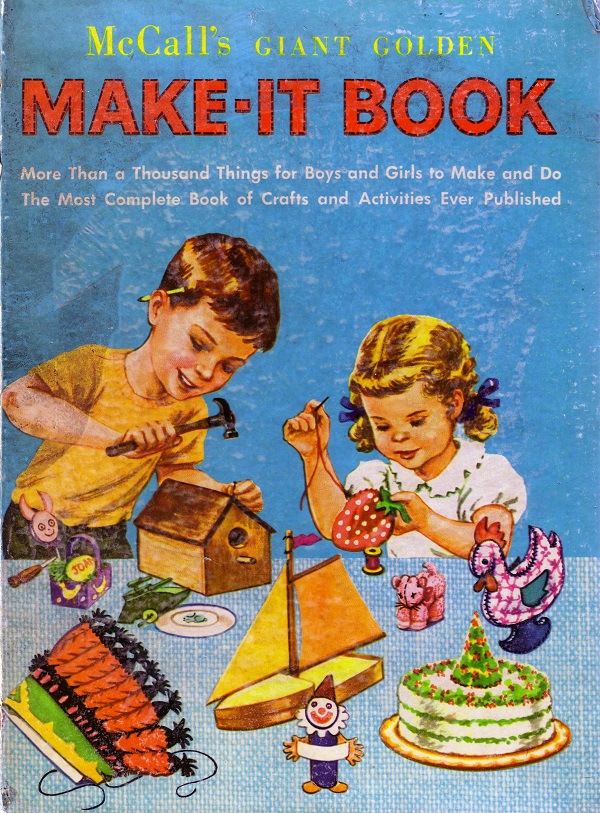 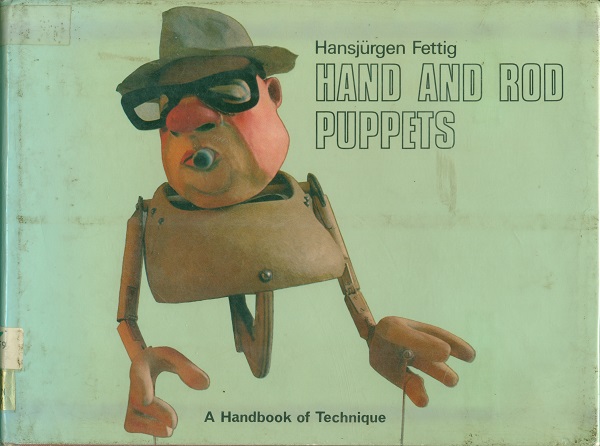