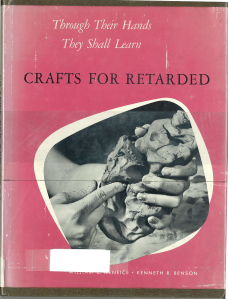 Crafts for Retarded: Through their hands they shall learn
McNiece
1964

Some librarian spies from the west sent along this wonderful title to ALB.  I am not quite sure of the craft on the front, but the spies sent along a page featuring  this ultra cool Indian tom-tom craft.  A quote from the cover blurb: “This book is written primarily for teachers and for parents whose youngsters have come into the world with less potential than the so-called ‘average’ child.”  Submitters say: “What better way to raise a child’s potential than by teaching him or her to stretch a goat skin to make a drum, then paint swastikas on it?” 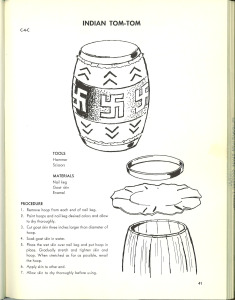 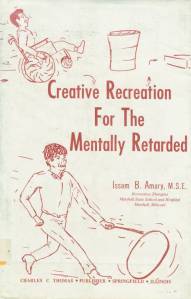