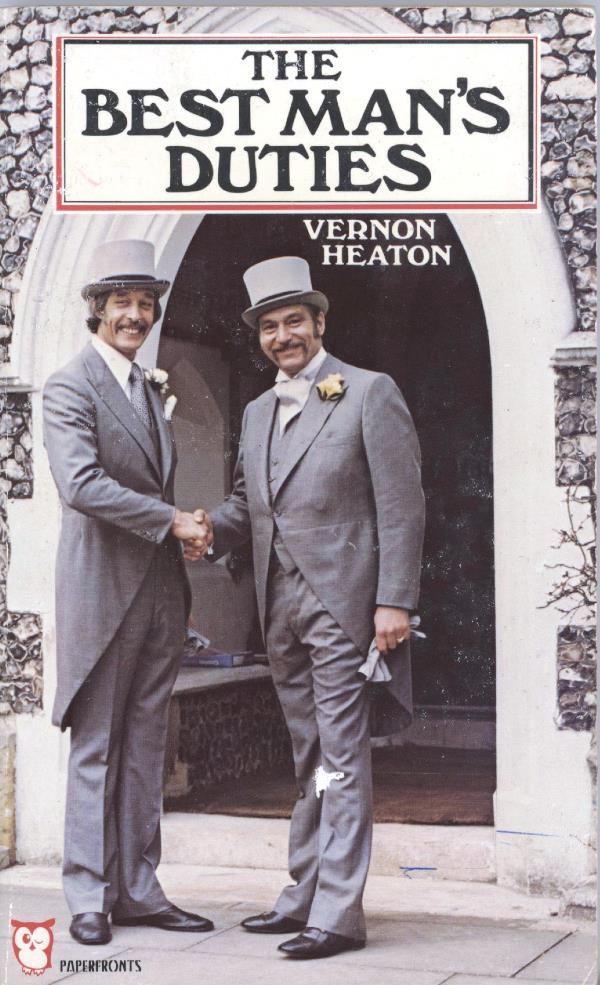 I had no idea that the best man had so many duties. Evidently, there is more to the best man gig than just organizing a bachelor party. Duties include: helping the ushers, acting as an unofficial master of ceremonies, transportation, and checking for button holes in the wedding regalia. (There were several mentions of the buttonhole problems and coordinating with florists.)

Since this is a UK publication, most of the wedding protocols are rooted in Church of England. There was a whole chapter on proper clothing and appropriate seating both at the church and at the reception. Given the scope of the book, this probably was a good choice for a UK public library back in the day. It is interesting to watch how wedding customs have evolved. My wedding in 1982 was a bit controversial with only a liturgy and no mass. Holly married in the 1990s and probably killed her mother in the process, as Holly has/had no interest in weddings. I do know that neither of us would have been able to handle the rules of a C of E wedding. 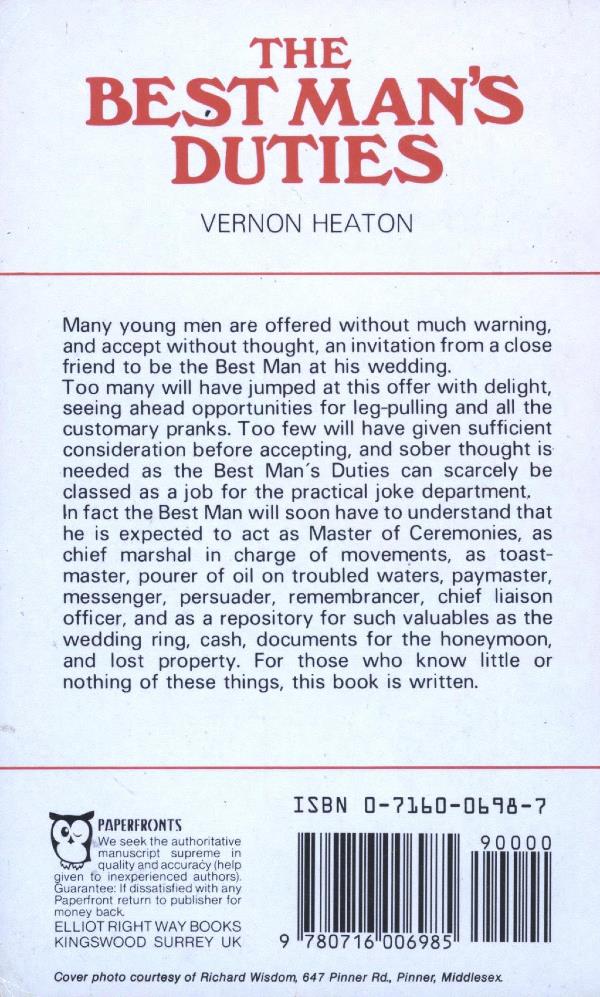 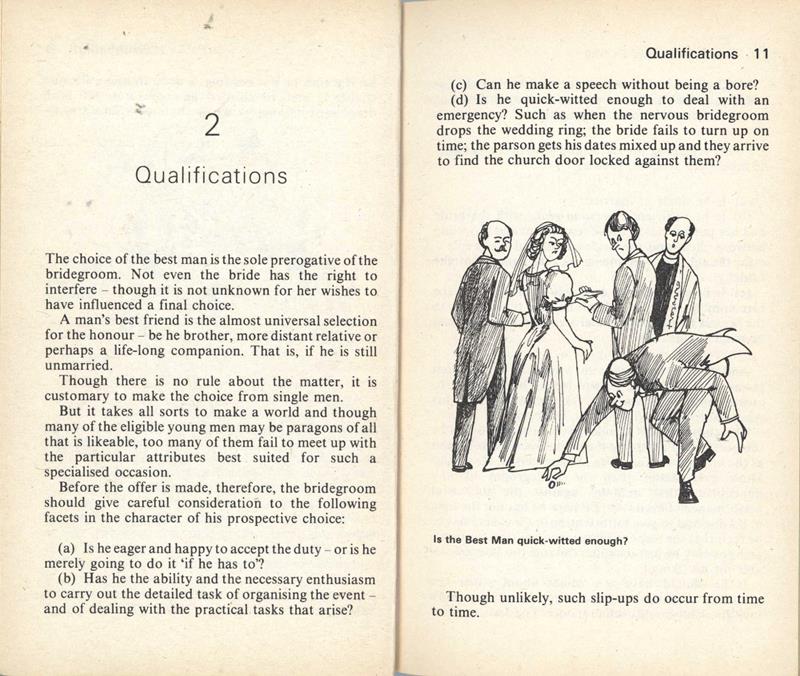 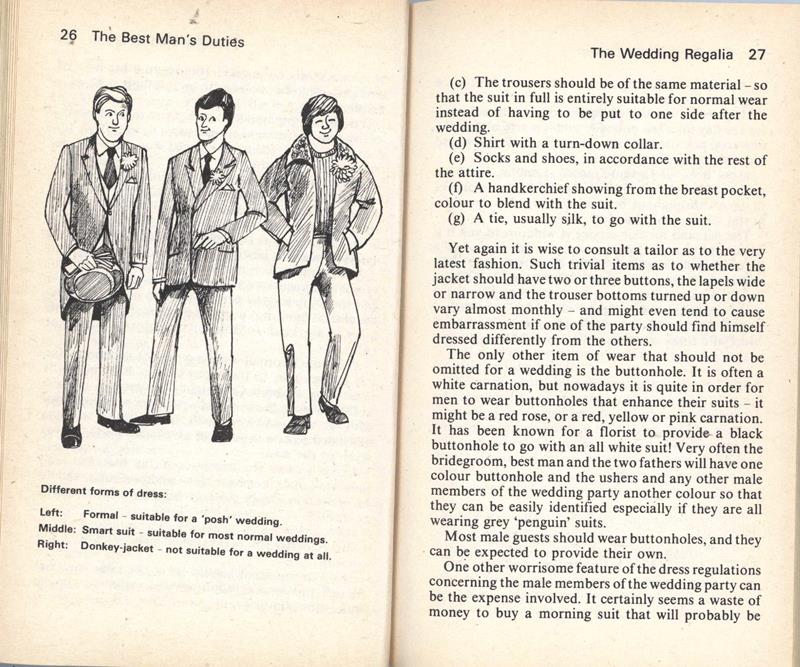 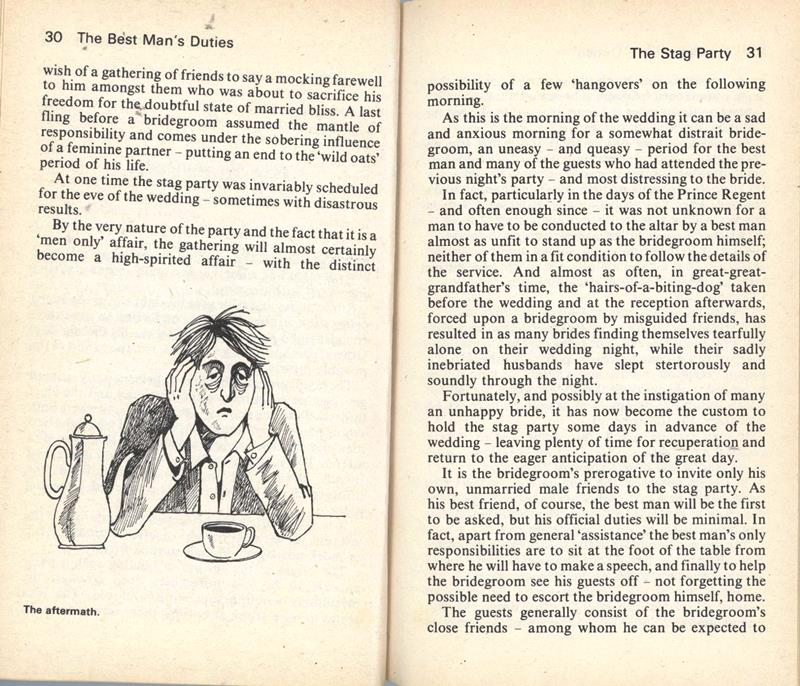 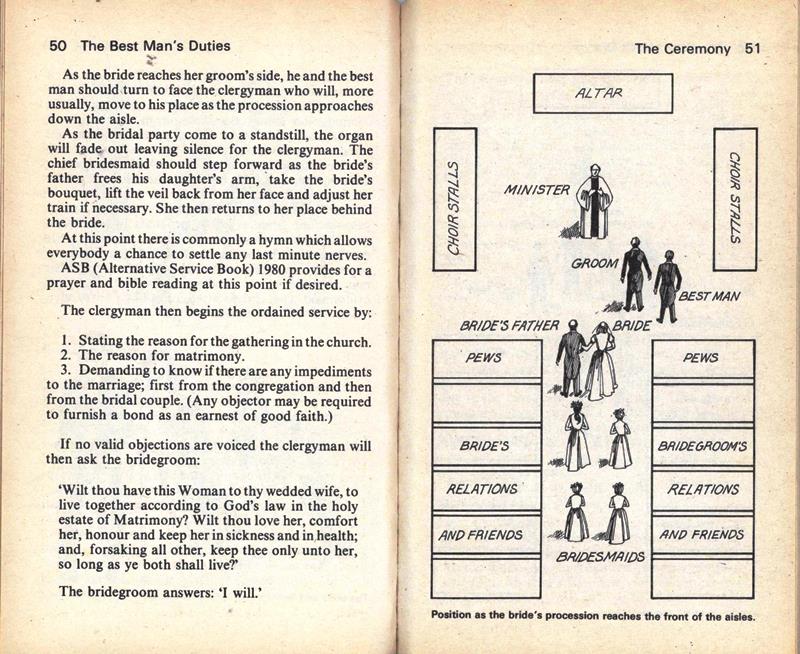 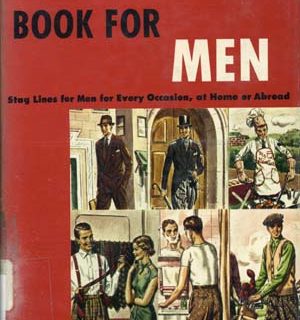