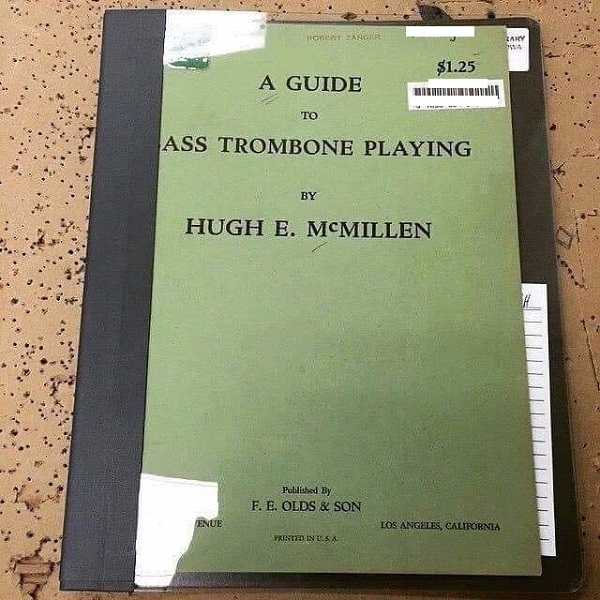 True confessions: I played trombone in high school. My dad was a band director, and my sisters and I all played instruments. They chose flute and clarinet, so of course I had to choose the most obnoxious thing I could think of. (I chose drums and was told “absolutely not”…so I married a drummer instead.) So, as the resident trombonist here at ALB, I feel qualified to comment on this book.

Whyyyyy did the library cover the title with the binding tape like that? They couldn’t trim it another 1/4 inch so it doesn’t say “ass trombone”? I mean…it’s hilarious, but I always wonder if these situations are on purpose in a sort of passive aggressive “middle finger to the man” kind of way or if they process so many books in a day that they don’t really look at the titles of each one. In Fake Library Statistics style, I’m saying its 70/30.

And yes, trombones have changed since 1953. Here’s a history of the trombone for your reading pleasure. You’re welcome. I’d like it noted that trombones were treated as “divine instruments” in the 18th century. Now we’re just a bunch of troublemakers in the back row that the rest of the band tolerates. 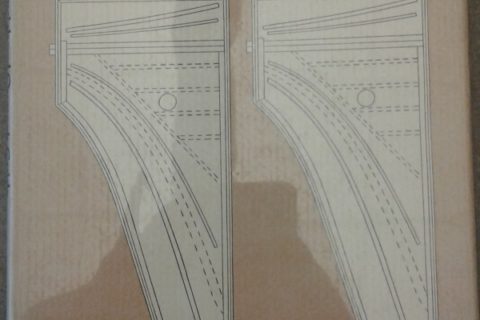