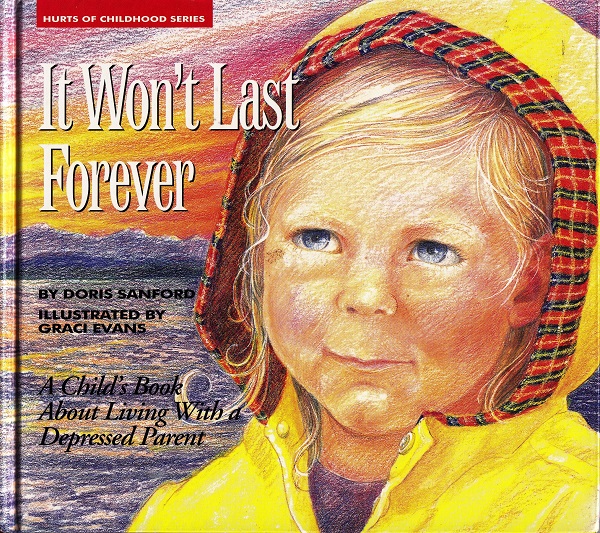 This time, our favorite author tackles depression. Our protagonist, Kristen is watching Mom slide into a very dark place. Evidently Dad left, Mom lost her job, and the baby is crying. Poor Kristen is left to hold everything together. Mom attempts suicide and is hospitalized. Kristen is confused. The doctor fixes everything and they all go home. I wonder if he also helped her get a job and find Dad?

Same simplistic story and creepy illustrations as we have seen in the past. I know all of you appreciate this wonderful, uplifting story just in time for the holidays. 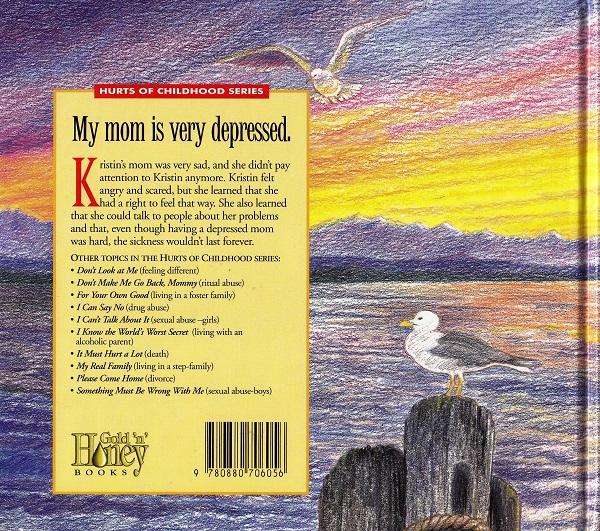 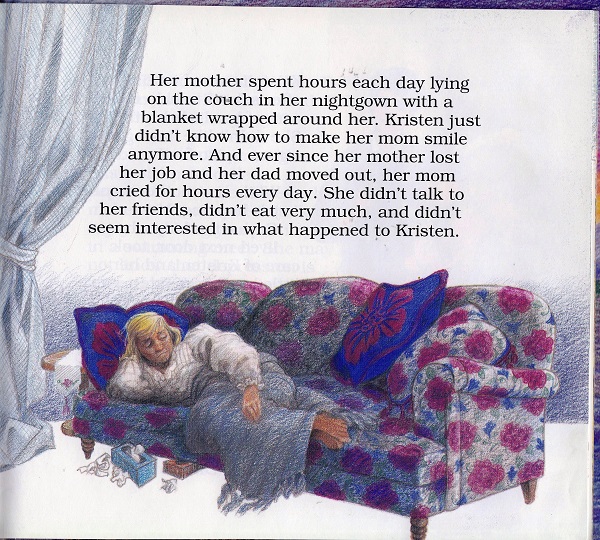 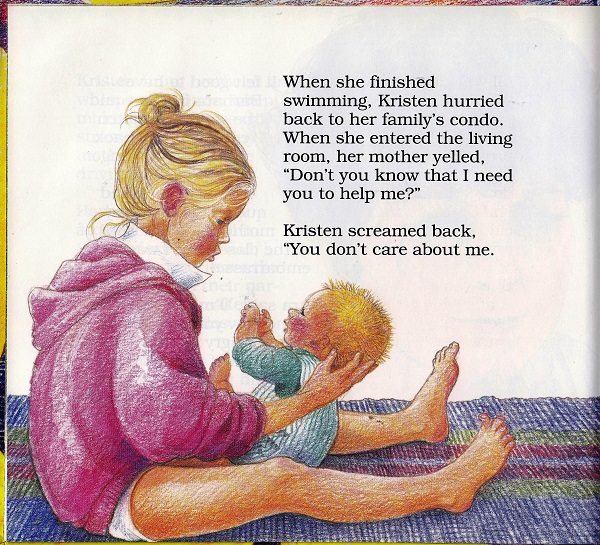 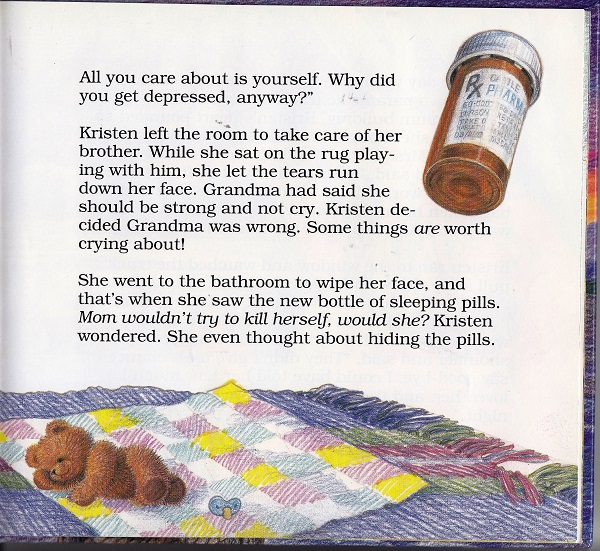 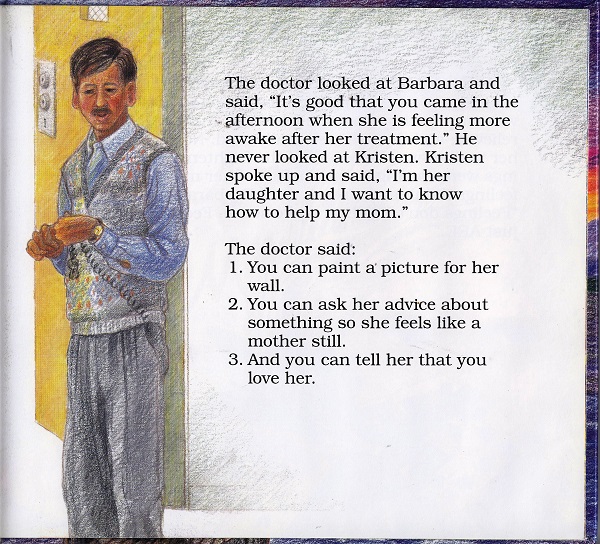 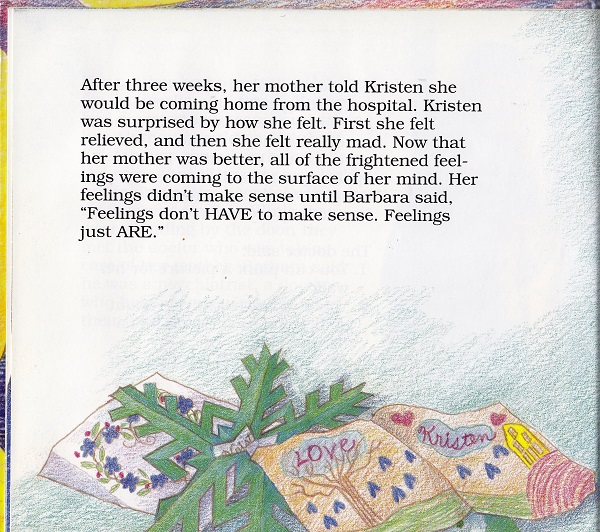 Previous Post
How To Be A Good Church Lady