Evidently, Aaron Carter is primarily famous for being the brother of Nick Carter (of Backstreet Boys fame) and for having a few hits in the early 2000s. Yes, I admit, I had to ask who this kid is and why he has a biography. Some Googling around and I found out that our boy Aaron was also on a reality show called House of Carters. (Guess I missed that one.) Aaron also did Dancing with the Stars  and a bunch of other TV shows I never heard of.  Holly accuses me of having lived under a rock during the 90s and early 00s, which is probably true.

A quick check through WorldCat indicated quite a few libraries have this lovely gem still sitting on the shelves. I believe the intended audience for this book is now probably pushing thirty and have probably moved on to other music choices. Now I am going to whine the never ceasing whine of ALB: weed it and remember your target audience.

Holly: This “kid” is now 23 years old. This book was published before his parents sued Lou Pearlman for not paying out all of Carter’s royalties and before Carter was arrested for marijuana possession. See? A new book would be much more interesting than this old thing! Although, skip Carter’s biography and find one on Pearlman. Now that’s and interesting story. 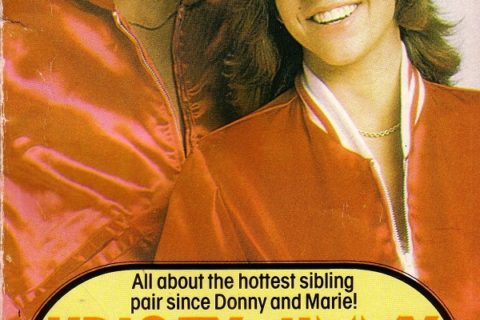