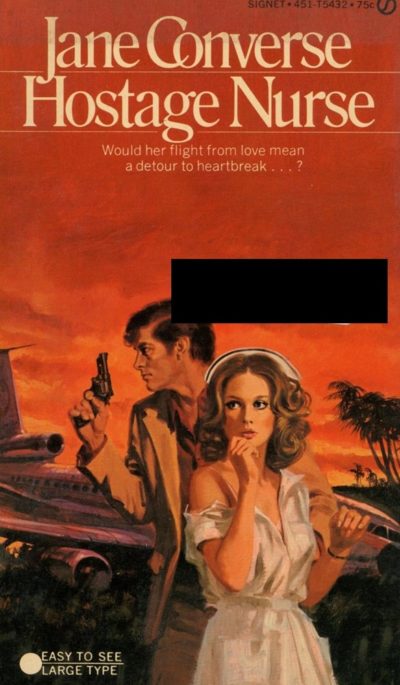 This book features a dangerous theme of a hijacking bringing together our hero and heroine.  At the time this was published, airplane hijackings were in the news all the time. It was almost a joke at the time. No doubt this book would have been the very definition of a contemporary romance.

Childhood pals Alex and Jenny dreamed of careers in medicine. Jenny is a nurse and Alex is a newly minted intern. Jenny worked in orthopedics and when Alex rotated into her service, she noticed he had turned into a jerk with a God complex. (big surprise) Jenny called him out and the next thing you know he is calling her “one of those bra burning women that want to be men.” Jenny dumped this “smug tyrant” and now dreaded telling her family that the relationship was done.

Jenny’s friend Toby was a flight attendant (back in the day that was stewardess) and she scored some tickets for a charter flight for Jenny and Alex so they could head home to Miami for a vacation. Of course, the plane was hijacked and a man was shot. The plane set down on a deserted island near the Bahamas. As medical personnel Jenny and Alex had to work together to save the people and out smart the madman hijacker. Alex and Jenny forgot why they were arguing and decided that the relationship was back on. Alex was still a jerk. 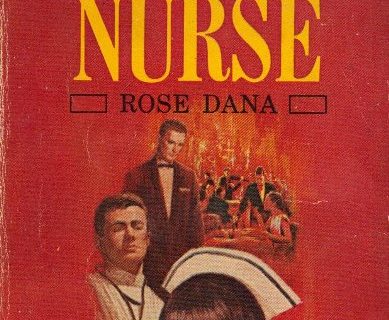