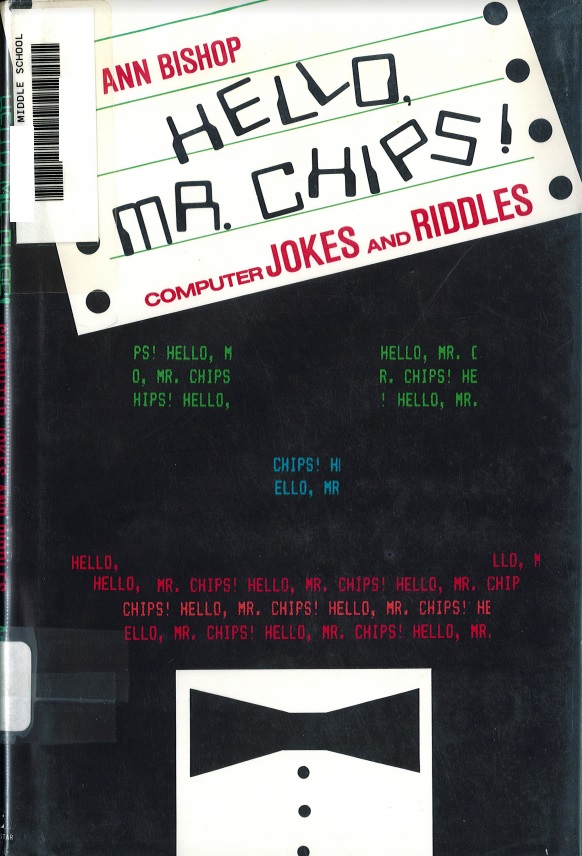 Submitter: I think this was probably a fantastic middle school book in 1982. What makes it awful now is that my students have never even heard of the terms that make up the punchlines. Also, the illustrations of computers with massive CPUs and pin-feed printers are unrecognizable to our students. My favorite joke requires knowledge of both old pop culture and obsolete technology: “What’s a computer’s favorite Ella Fitzgerald number? A-Diskette, A-Daskette.” I just read it to a group of 8th grade boys and received only blank stares.

Holly: Several of these jokes got by me too. Or they are just dumb. Like, “Why did the computer cross the road? It had the chicken’s number.” Ummm…ok? Maybe that makes sense in some sort of computer-ese I don’t speak. 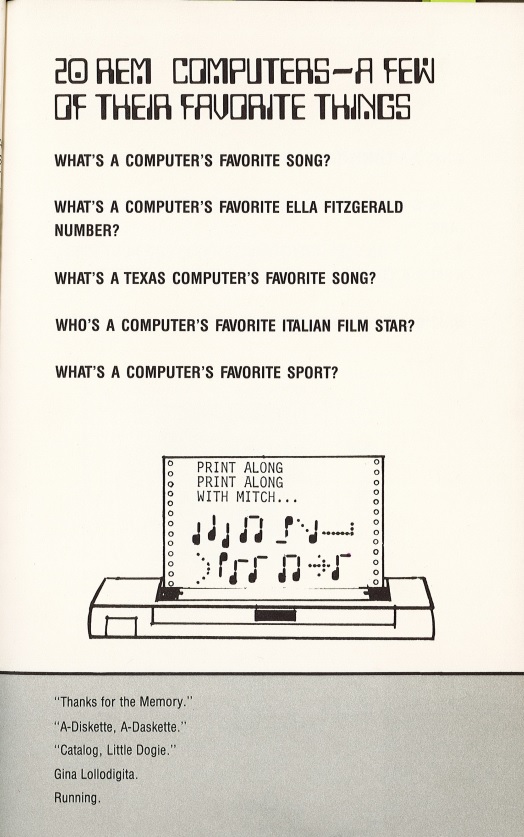 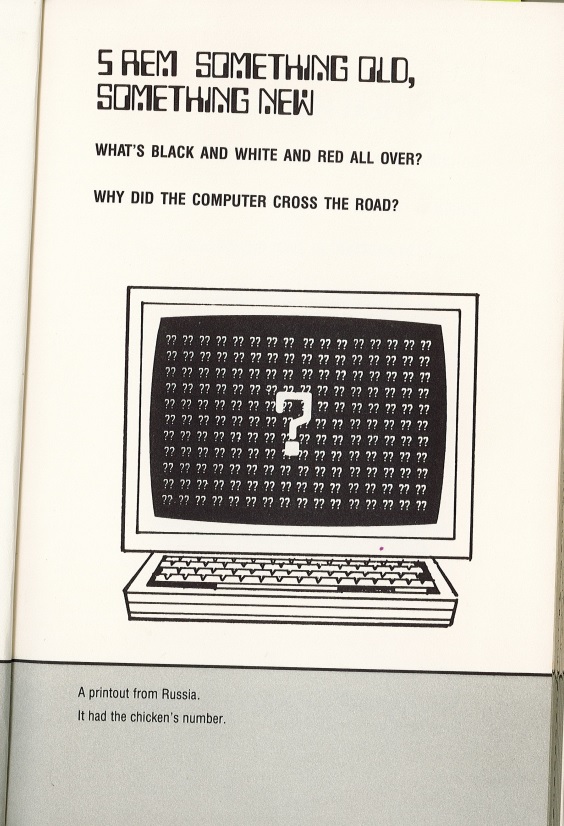 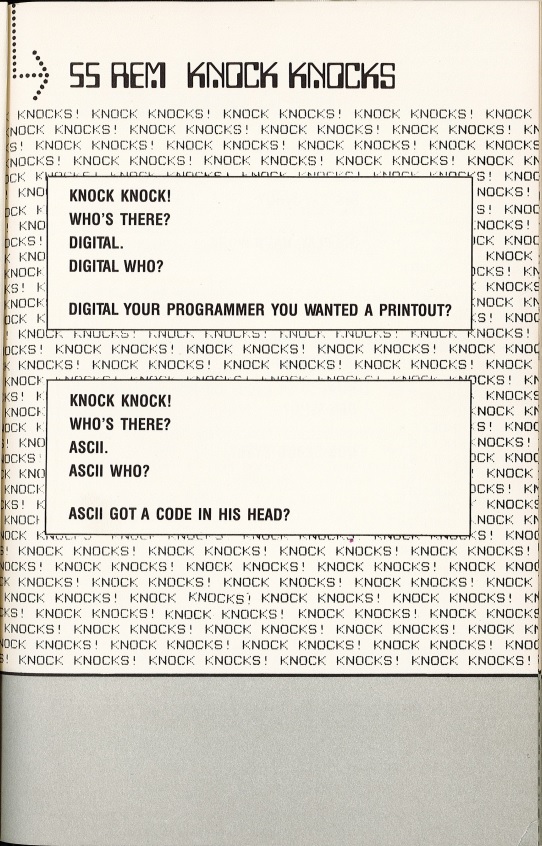 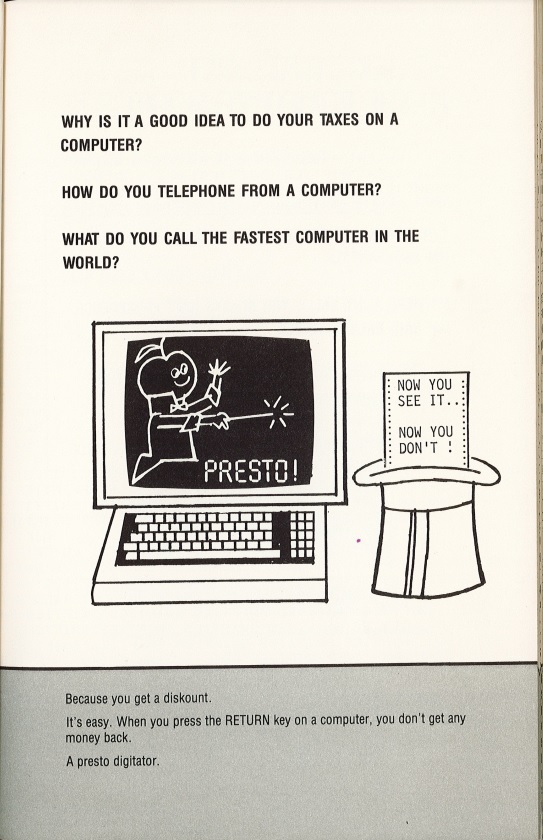 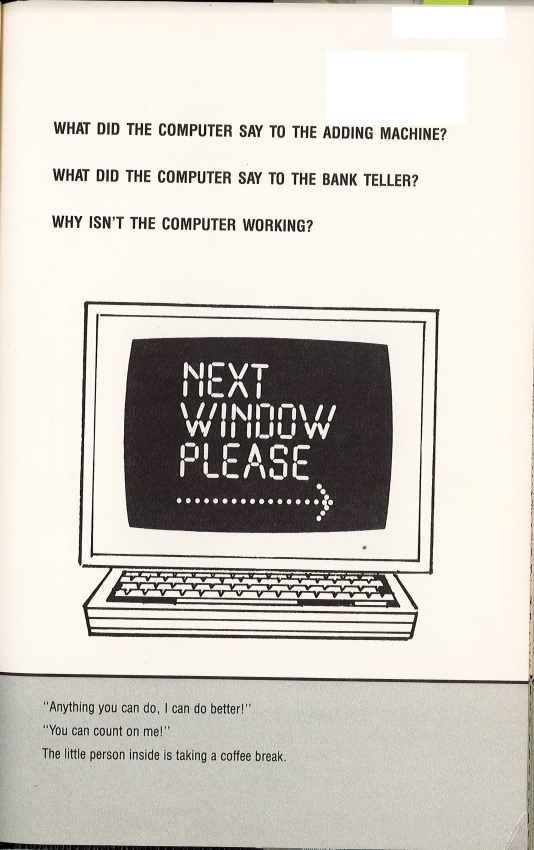