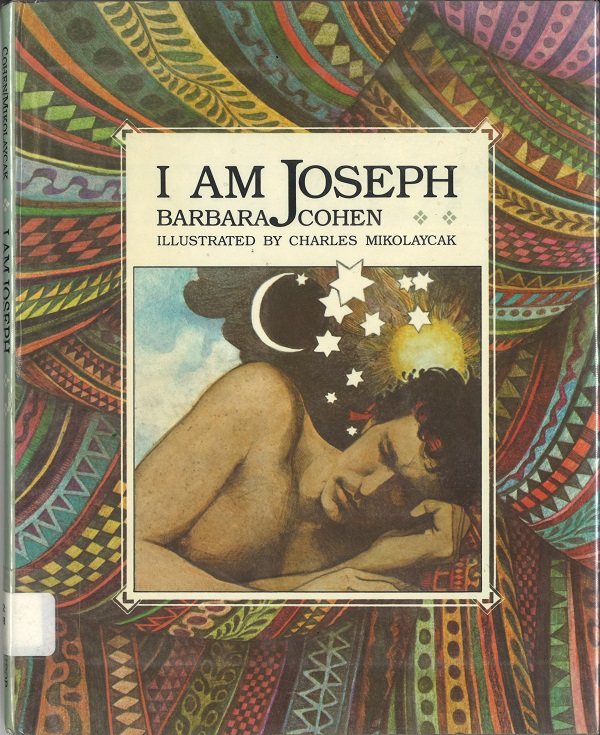 Submitter: I am a fan of Barbara Cohen, author of such classics as The Carp in the Bathtub and Molly’s Pilgrim, but this is not an appropriate picture book for children! The complex sentence structure! The language! The illustrations! Who thought this was a good idea?! I have nothing against retelling Bible stories as children’s books, but there must be cleaner versions of Joseph’s story! This one reads like a romance novel!

Some of my favorite excerpts:

Judah, to his brothers, about what to do with Joseph after they’ve tied him up and thrown him naked into a pit: “‘If we leave our brother here to die, it’s the same as if we killed him with our own hands. Let’s sell him to the Ishmaelites, so that we’re not guilty of murder. For, after all, he is our brother, our own flesh.’ ‘Besides,’ Asher said, ‘if we sell him, there’s profit in it for us.’”

Joseph, describing his master’s wife: “He had a wife who was much younger than he, and very beautiful. She wore transparent dresses, like a prostitute, and heavy collars of gold around her neck … Her nearly naked body would brush against mine, and I could smell her musky perfume.”

The wife repeatedly propositions Joseph until finally: “She reached out her hand and grasped the knot by which my loincloth was held in place. ‘Lie with me, Joseph,’ she said yet again. She pulled at the knot, it came undone, and my loincloth was in her hand. Her eyes grew wide as she beheld my nakedness, but I, not sure of the strength of my own will, turned as quickly as I could and fled away from her.”

Holly: Bible meets 50 Shades? This was found in a nonsectarian private school library, but it is most definitely not elementary school material! 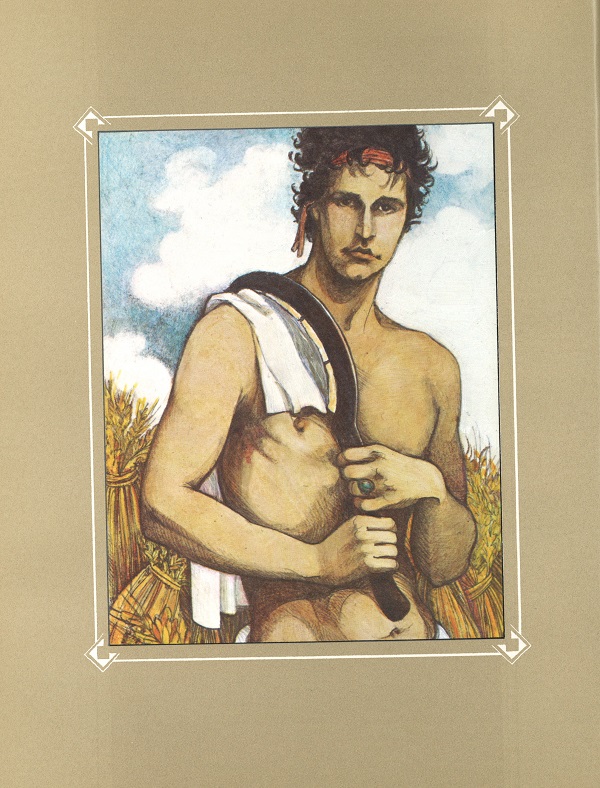 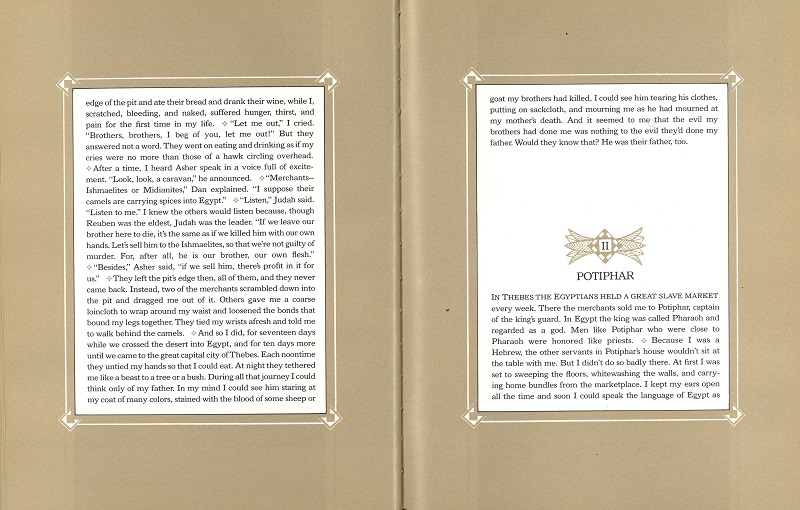 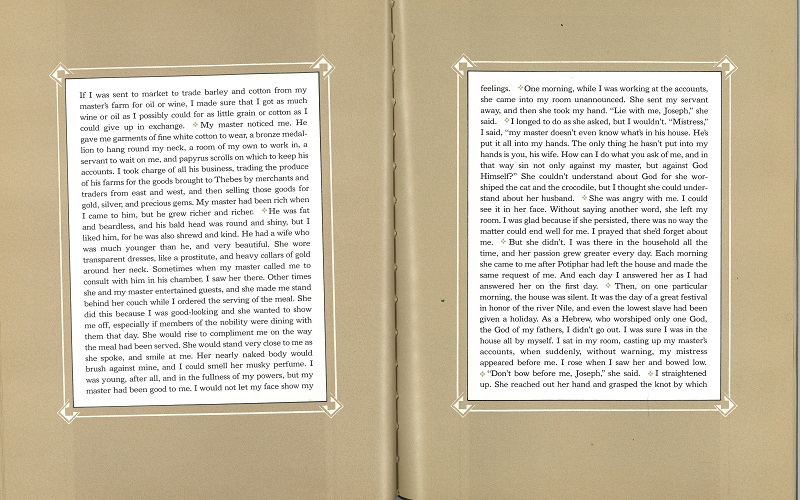 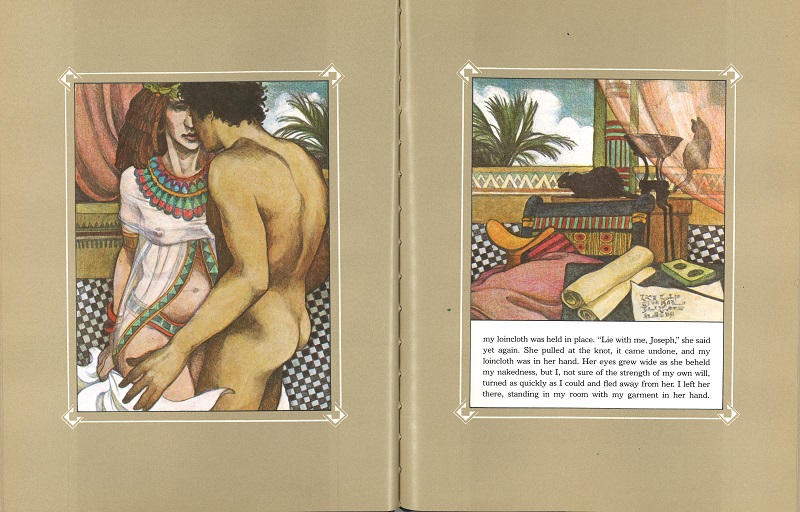 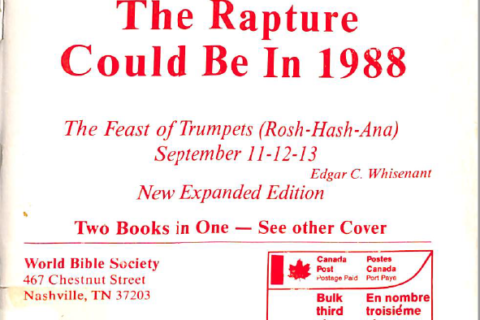 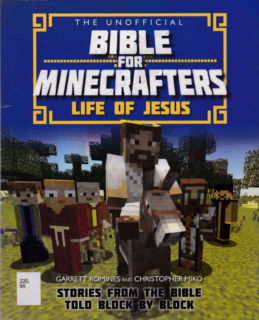