This book is one of those oddly specific titles. It is basically a primer on the business side of setting up a psychotherapy office. They have sample intake forms, an outline of ethics/guidelines (most of it devoted to “don’t sleep with clients”), malpractice (again, this is usually because you shouldn’t sleep with clients), bill collecting (be sure to see the script for collecting unpaid fees), patient files, etc.

END_OF_DOCUMENT_TOKEN_TO_BE_REPLACED

We have another Thanksgiving holiday book from the olden days. This book is more the familiar story those of us of a certain age remember as the “true” story of Thanksgiving. Of course it reads a bit more sweetly and glosses over some of the rougher experiences of the Pilgrims. Not to mention under playing the role of the local natives in keeping the colonists alive that first winter.

END_OF_DOCUMENT_TOKEN_TO_BE_REPLACED

Someone had to remind me that this week is Thanksgiving week. It is one of my favorite holidays since it really requires nothing but some turkey and the Detroit Lions failing to win a football game. Usually we post fiction on a Friday, but since I have a Thanksgiving title, we will be featuring this one before the holiday.

This one is for the middle elementary set. The family is preparing for the holiday when Mom is called away to help a relative who is ill. Mom sets a reservation at a local place since she won’t be there to cook. (Evidently, Dad is too incompetent to cook as well.) Megan decides this isn’t how they should do Thanksgiving dinner and cancels the reservation. She is going to step up and cook. Of course, nothing goes to plan and Megan realizes her dinner is fast becoming a disaster. However, she eventually realizes that Thanksgiving is really about family togetherness.

END_OF_DOCUMENT_TOKEN_TO_BE_REPLACED 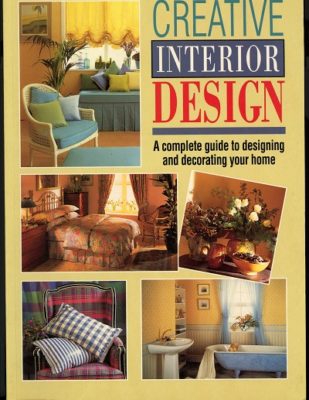 Here is another book on home decorating. This one is from the 1990s and has a pastel country look. The overly pink softness feels odd – almost like you were living in an Orange Julius shop. I guess I don’t think of a pink/orange palette as particularly appealing. But I digress…

This isn’t as bad as some decorating books we have featured on our site. (See examples here, here, and here.) The point is that these materials are subject to fashion trends. These books need to be regularly weeded and updated.

END_OF_DOCUMENT_TOKEN_TO_BE_REPLACED

Just in time for your holiday cooking! All your special occasion dinners are here. Aside from the standard Thanksgiving and Christmas choices, we have those special foods for simple gatherings, like fancy sandwiches for the entire group. Again, the same loaf, cake-like sandwiches that have appeared on this site more than once or twice. God forbid you make a mistake and think you are biting into a loaf cake.

But wait, there’s more! Try a fruitcake for your next Christmas dinner. My late father was convinced there were only a handful of actual fruitcakes out there. Since no one likes it, it just gets re-gifted into eternity. I don’t think I have even seen a fruitcake since the early 1980s. I remember trying it as a kid because, cake, but nearly choking on the awful taste.

END_OF_DOCUMENT_TOKEN_TO_BE_REPLACED

It’s been a while since I came across a MySpace book in the wild. I have a feeling I am probably the first one to check this book out in over a decade. Aside from the less than inspiring cover, this book probably did an adequate job explaining the basic security and privacy concerns. Why it is still hanging out in a public library collection is beyond me. This is one of those obvious weeds. Even if your particular service population is all about MySpace, I doubt this book from 2006 is any help.

I did take a peek at MySpace and it doesn’t even resemble the MySpace of 2006. The content now focuses on the entertainment industry. I tried searching for my old account, but I think it is gone to time. Also, I can’t remember what I did with mine. I only made an account to show people how to set up an account. Oh well. I guess I can’t call my friend Tom anymore.

END_OF_DOCUMENT_TOKEN_TO_BE_REPLACED

The Sunset Ground Beef Cook Book
Recipes for all occasions
1970

Who knew that ground beef was so versatile?

I am sure many of you will want to check for this book in your own catalogs so you can enjoy these fabulous recipes. There really isn’t anything particularly exciting: every thing is based on the form. You decide if you want your ground beef in balls, loaf, or patties.

If you scroll down, you can see that these publishers desecrated a poor pumpkin with some ground beef. I am a big fan of squash, but just no to the pumpkin vomiting a beef filling.

END_OF_DOCUMENT_TOKEN_TO_BE_REPLACED

What Husbands Wish Their Wives Knew About Money
Burkett
1977

This book is a mix of scripture and financial advice. For the most part, the author assumes that the woman is clueless about the intricacies of money. This book is to help the husband explain the big bad world of money management. There are lots of stories sprinkled throughout the book on women being trapped by credit. (I guess the men are more immune to the the call of credit.)

The couples profiled have a variety of problems: wife wants to live way above the family’s means, the husband is a miser with the funds, and wife resents him. A husband is somewhat “shamed” for making his wife take a job typing in her spare time. Good husbands don’t do that. The wife, in another scenario, “borrows” from her father.